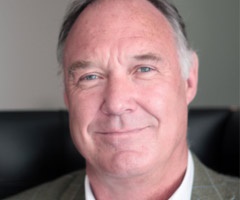 Aria Networks has integrated dynamic network discovery into its Artificial Intelligence-driven network optimisation, and is now partnering with TierOne OSS Technology. And as we report exclusively here, Aria has also confirmed it is working with Apple and Facebook.

Aria Networks, a provider of Artificial Intelligence (AI)-driven planning and optimisation software for networks, has entered into an agreement with TierOne OSS Technologies. Aria Networks will integrate TierOne’s network discovery tools into its optimisation services for service providers.

TierOne provides communication and media companies with critical enabling technology allowing them to rapidly generate new revenues from digital services. Founded in 1999, TierOne is privately held, headquartered in Toronto, with operational and development centres in North America, Europe and India.

As Steve Newton, CEO of Aria Networks, tells Jeremy Cowan, “We’ve been working with leading operators; innovative, early stage users of AI in optimisation of their networks. We learned a lot, you have to virtualise them. Without virtualising you weren’t going to be able to solve problems quickly enough. Once virtualised you can visualise any type of device, demand, and more importantly any constraint. Most competitor technologies focus on technical optimisation of the service, so they’re looking at service assurance. Our view is that leaves money on the table which operators can ill afford. You need more information on the margin and the cost, so we look at technical, commercial and regulatory constraints. We can optimise the network based on delivering the minimum quality of service, at the maximum margin, at the lowest carbon footprint. ”

“By using AI techniques we can do it quickly. One of the OTT vendors we work with asked us to model the internet. It was their network, their data centres, and approaching 50,000 ISPs (internet service providers), and 500,000 BGP (border gateway protocol) prefixes. Everyone else in the space dropped out at that phase because they couldn’t actually model the network. We modelled the network and then we showed this OTT the best way to deliver service to their end users when a peering partner went down. Then we said, we can show you how to arbitrage between different peering partners so you can deliver the appropriate quality of service at the best margin because each peering partner has a different bilateral agreement. That blew them away!”

“A lot of people think that what we’re doing is analytics. It’s not, because with BI (business intelligence) you get insights into data. Yes we get insights into the data but we’re using AI to make the decisions,” says Newton. “The company has done work, custom design, for Verizon and for (BT‘s) 21st Century Network. What we’ve done over the last 18 months is productise it. So we’ve created a much more licensable model. Working with OTTs, they’re pushing out the bounds of possibility.”

“You mentioned OTTs. I understand that at TMF Live last year there was a comment that you were working with Facebook. Is that true?” VanillaPlus asks.

“Well, it was on the agenda at the TMF event that we would do a joint presentation with Facebook, and I can confirm Facebook are a client,” Newton concedes.

“But they’re not the only OTT provider in that space you’re working with. We hear that you’ve been working with Apple. Is that true?”

“It would be wrong for me to comment, but we are working with a very large OTT provider who offers a variety of services including streaming services in which they are using our software to help them optimise. It would also be true to say that in many cases both these companies are significantly ahead in their thinking in terms of how to use Artificial Intelligence to solve the problems that they see as they build out their SDN (software defined network) software-controlled networks.”

“The reality is, they’re no longer recruiting network engineers, they’re recruiting software engineers, which to our mind reinforces the premise that it’s going to be a software-driven world requiring tools that will scale to the demands of the Internet of Things.”

“One of the challenges for a service provider is having constant visibility of key assets in its network.  As infrastructure is added over a number of years, visibility of the entire network becomes unclear.”

Newton says, “TierOne enables service providers to have a clear and current record of the assets making up their network and how these are performing.  For Aria Networks this facilitates faster and more effective network optimisation as the network landscape is clear and constantly updated.”

“We see excellent synergy between TierOne and Aria Networks and the capabilities of the products we bring together,” says Paul Vedam, TierOne CEO. “A productised out-of-the-box approach to managing the network gives Aria Networks a simple yet powerful tool to leverage in creating critical value for their customers.”