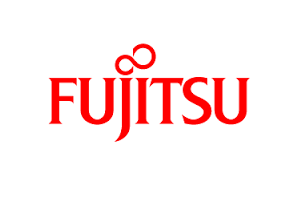 Fujitsu has announced that it has supported the development of NTT DOCOMO, INC.’s mobile core network system which employs virtualisation technology. DOCOMO launched the network commercially on March 9, 2016.

Specifically, Fujitsu used an SDN solution to build a network in a virtual environment, and integrated VNFM software, which manages the lifecycle of EPC, a software that carries out data transmission and reception, user authentication, billing, and other functions.

With its experience and expertise cultivated in building wide area networks, Fujitsu will continue to contribute to DOCOMO’s new virtualised environment going forward, through initiatives that include enhancing communications reliability and the quick provisioning of new services, while also contributing to the development of a next-generation network.

In the past, adding servers or network devices to wide area networks, as well as modifying applications, or providing new services had been a complicated task to change network settings and configuration, and required large-scale work. Recently, network virtualisation is attracting attention for enabling highly flexible scalability, high reliability, and investment optimisation through the application of virtualisation technologies to wide area networks and the virtualisation of computer and network resources.

By applying virtualisation technologies, DOCOMO is launching new services, strengthening the continuity of communication services, and improving the reliability of connections in congested network environments caused by disasters, in pursuit of higher quality communications.

Using its many years of experience and expertise in integrating large-scale networks, Fujitsu is contributing to the building of a virtualised network that connects to an orchestrator and fulfills the strict quality requirements of a carrier network.

Fujitsu used Nokia’s VNFM software to manage the EPC software and integrated the VNFM software into the multi-vendor-environment based virtualised platform. Fujitsu will work toward further contributions to building DOCOMO’s network using virtualisation technology, through the deployment of EPC software, which has the flexibility and scalability to respond to processing performance and load conditions.

Fujitsu is working to create global services, relevant both in and outside of Japan, by introducing to enterprise and data center networks the high-quality, carrier-grade virtual networks it has developed through its support of DOCOMO, and by enhancing network flexibility.

“I’m delighted that we have developed and deployed NFV with FUJITSU and other leading vendors in the NFV domain. To maximise benefit of NFV, DOCOMO expects to virtualise many other key components of its mobile network, aiming to eventually establish a fully virtualised network. I’m convinced that our multi-vendor NFV is the first step toward our goal.”

A virtualisation management system that integrates settings for virtual servers and EPC software in a virtualised environment.

A fabric network architecture made up of the Cisco Nexus 9000 series datacenter switches and Application Policy Infrastructure Controller (APIC) software.