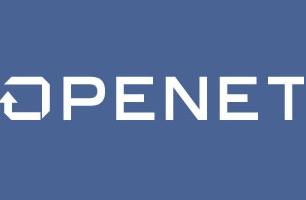 NFV will see the need to manage carrier grade production solutions across distributed systems at scale. These multi-vendor solutions will also feature a rapid evaluation of features and functions in VNF services leading to significant operational complexity. Weaver helps reduce this complexity.

Weaver works to upgrade software and/or configurations within the existing VM (virtual machines) instead of simply creating new VM instances. This is key to supporting efficient in-service VNF management, and greatly reduces the operational time and complexity. Deployments that manage VNFs only at the VM level operate with coarse control and significant blind spots. Weaver, in contrast, provides superior fine grain control and visibility over the deployed VNFs, resulting in deployment that is not only faster but also more robust and less error prone.

Michael O’Sullivan, GVP Engineering for Openet said, “Our goal with Weaver is to drive the adoption of NFV within the operator community, and since our original announcement we’ve had an overwhelmingly positive response. For operators, managing multiple VNFs from different vendors using bespoke VNF managers is complex, and not in any way cost efficient. Software such as Weaver can help them successfully manage multiple VNFs at scale, avoiding potential vendor lock-in.”