MEF and ON.Lab collaborate to advance the open Third Network 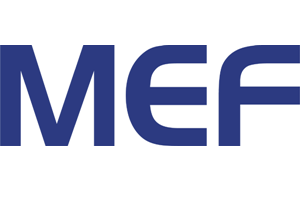 The MEF and ON.Lab has announce a Memorandum of Understanding centered on ON.Lab’s E-CORD and the MEF’s new OpenCS (Open Connectivity Services) and OpenLSO (Open Lifecycle Service Orchestration) Projects.

The MEF recently launched OpenCS and OpenLSO as open initiatives to help bring Third Network services to market faster. OpenCS is a network ecosystem that enables SDN and NFV reference implementations of open source software and open spec hardware for MEF-defined services, starting with Carrier Ethernet 2.0 and evolving to Layer 3 IP and above.

OpenLSO is an orchestration ecosystem that enables a reference implementation of open source solutions and interfaces that adheres to the MEF LSO specification.

Areas of CORD and MEF collaboration include: Pascal Menezes, CTO, MEF, said: “The MEF is delighted to work closely with ON.Lab and the CORD to accelerate service and technology innovation within an increasingly open networking ecosystem. The OpenCS reference build with E-CORD is the first example of how open source software and open specification hardware can be combined to deliver MEF-defined services. A key goal is to stimulate creation of a common open substrate, a foundation for Third Network services, that can be commercialised and built upon by the industry.”

Guru Parulkar, executive director, ON.Lab added, “ON.Lab is pleased to collaborate with the MEF and its community to demonstrate next-generation MEF services and LSO on E-CORD to bring the economy of the datacenter and the agility of the cloud into the service provider environment. Over the course of the year, we expect to do joint demonstrations and hackathons to showcase our progress and engage the broader community.”