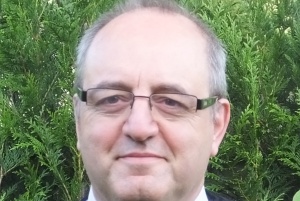 Aria Networks has been awarded a new patent from the United States Patent & Trademark Office.

The patent relates to network capacity management of traffic over telecommunications networks, including data communications. It introduces a capacity computation engine, driven by Artificial Intelligence (AI), which interfaces with a network optimisation evolution engine to determine optimum paths for traffic in a multi-layer network.

Defining network topologies has traditionally been costly and time consuming. Whilst modelling tools are available, they are only effective if a network can be made to fit the criteria defined by the tool box.

An unnamed “major European telecommunications service provider” is already said to be implementing this patented functionality. The project has a go-live date of April 2016 and is expected to automate capacity planning to substantially reduce time to market for new commercial services and assure quality of service, leading to significant cost savings and improved visibility of network profitability.

“Automating network operations, such as capacity optimisation, is essential for operators,” commented Jay Perrett, chief technology officer at Aria Networks and the named inventor on the patent. “At each level in the capacity chain an operator needs to be able to assign a ‘cost’ and, related to that, also use the same language to describe how services use the capacity so lower cost routes can ultimately be identified. Once this is achieved it is far easier to optimise network solutions based on the way services demand capacity.”

Perrett also believes that this new approach will also enable operators to model virtual and physical network elements in the same way.

The patent complements the 2014 patent awarded for the Generic Routing Engine (GRE) and further reinforces the Aria Networks’ leadership in optimisation of complex multi-layer networks.