Telling it straight to customers 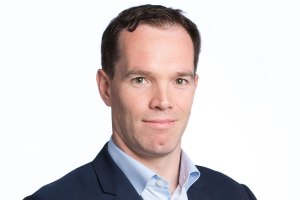 When I met Alan Coleman, CEO of Brite:Bill recently it was 12 months since we’d spoken. It was also a reminder that six year-old companies can do a lot of growing.

In that time the Dublin-based company that specialises in improving billing communications to improve customer relationships, has reportedly grown its revenues by 350%, said Jeremy Cowan.

As a privately-owned entity (Brite:Bill is venture capital-backed) turnover figures are not disclosed, but Coleman reports that the company became profitable last year and now supports US$5 billion in billing per month. In 2015 it was closer to $5 million per month.

Readers of VanillaPlus.com know that billing can be complex, and gives communication service providers (CSPs) challenges in presenting information clearly and simply. Given the variety of customer needs this would be hard enough if CSPs were working with a single billing system for a single service. Of course, they aren’t.

Many CSPs are left wrestling with multiple data inputs from multiple billing systems, the inevitable legacy of mergers and acquisitions (M&As) that have led to bundled multi-play services, never quite untying a Gordian Knot of billing and customer service data feeds.

As Coleman told VanillaPlus, “many CSPs market a product under one name and bill it as another. Or the cost of one element may be hidden in the bill. Sometimes there’s little use of a customer’s name and the information isn’t laid out clearly or logically. The opportunity for Brite:Bill is to mask back-end complexities and to give customers what they expect to see.”

In one unnamed client’s billing there was a line called ‘NEWS’ that went on to tell the telco customer that “The Field Collection Charge has gone up from $25.00 to $30.00.” Apart from being a poor way of informing customers of a price rise, it left many consumers baffled by the billing jargon. “What was a Field Collection Charge?” VanillaPlus asked.

Yet this is no minor inconvenience for customers or CSPs. In one case, a Brite:Bill client was facing costs for its ‘Calls to Care’ of $500 million a year.

In another case a CSP had merged and re-branded but was stuck with a system that printed a three year-old logo on its bill, yet changing the system to change the logo was said to be uneconomical.

“We want CSPs to keep their customers close,” said Coleman. “Networks, devices, apps, were all once described as core assets, but it’s the Customer. The question is how happy a core customer base can you keep?”

“Are Tier One operators the biggest source of problems?” VanillaPlus asked.

“Yes, probably because they’ve grown most through M&As and therefore they feel it most acutely,” Coleman conceded. “It exists in other tiers, of course, for example with two to three million customers. They’re very relevant to us, too. We’ve focused on those with the potential to be most transformative for their business, and ours. North America has been a focus for us because you win one Tier One there and you can win others. They talk to each other.”

In June last year Brite:Bill announced that Rogers Communications, Canada’s largest wireless provider was rolling out improved bills using Brite:Bill’s billing communications platform. Rogers acknowledged that billing-related issues are a major source of customer dissatisfaction and one of the main drivers of calls to the call centre.

“Using Brite:Bill we were quickly able to overhaul our approach to bill generation and introduce a modern, progressive billing communications capability allowing us to engage with our customers across every touch-point,” commented Asim Quereshi, the director of enterprise billing at Rogers Communications.

“We’ll bring a new product, Brite:Now, to market. We’ve transformed the ability to make billing clear, transparent and consistent. But customers get other communications from their CSP. One sends nine different communications from four or five different systems during the on-boarding process for new customers. None of them know what the other has sent. We’re integrating access to billing data, point of sale, provisioning, and campaign management.”

Brite: Now will be launched later this year, all Coleman is saying for now is that the company is working on three elements; Sentiment analysis, engagement, and machine learning. He described Brite:Now as ‘an engagement platform’. It is designed to handle key ‘in-life’ communications necessary for operators to smooth out “bumpy” or bad end-user experiences that cause the most problems on their customers’ journeys. These include: Disjointed communications around new customer on-boarding, cross-sell / up-sell messaging, customers approaching their contract renewal or customers with a propensity to churn.