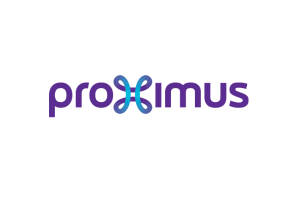 Proximus is ahead of schedule with the “Mantra” project, the conversion of its legacy fixed telephony network to a future-oriented network that costs less and more flexibly responds to the needs of customers.By turning off its last EWSD-voice switch (Electronic Worldwide Switch Digital), Proximus reached a major milestone in this joint project with Italtel. The project is due to be completed ahead of schedule by the end of 2017, instead of the end of 2018.

The so-called Proximus Mantra Switching Outphasing program is a joint project with Italtel, a telecommunications company in next generation networks, services and IP communication.

In 2013, Italtel was selected by Proximus as its partner for this Mantra project, in order to decommission the Proximus legacy network. The new all-digital network will bring many advantages such as increasing the reliability in terms of operations and network management, reducing the operating costs and allowing Proximus to meet its customers’ ever-changing needs by offering even more digital and high-value services.

Since the beginning of the project in 2013, more than 10,000 pieces of the future access (Access Gateway) equipment have been installed in the network and more than 570km of cabling has been deployed to connect this equipment to the distribution frames. More than 1.7 Million voice lines (PSTN) have been migrated, allowing the full shutdown of all the 475 EWSD switches.

“When you close down a switch every single line counts, with payphones, pair gain systems, data quality and tailor-made products requiring particular attention,” said Stefano Pileri, CEO at Italtel. “As such, this stage of the decommissioning project was a major undertaking and its completion gives us confidence for the remainder of the project which we are aiming to complete ahead of schedule.”

Thanks to this achievement, the project – originally scheduled to take place over five years from 2013 to 2018 – is now expected to be completed by the end of 2017.

“Moving towards a network solely based on fiber, VDSL and wireless technologies will put Proximus in a more cost-effective position, leaving us with very few technical buildings. Getting rid of legacy technology is becoming as important as the introduction of new network technology and belongs to the most complex projects”, said Johan Luystermans director Network at Proximus.