What did you miss at Mobile World Congress? 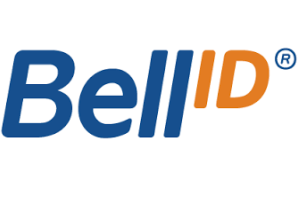 Mobile World Congress may be over, but the dust is still settling from the biggest mobile event of the year.

With so many announcements before, during and after the event, it can be hard to separate the gold dust from the gimmicks. To help, said André Stoorvogel, head of marketing at Bell ID, here’s our summary of some of the biggest mobile payments trends from the event, and what they mean for the industry in 2016 and beyond.

The decline of tablets and smartwatches?

Trends can often be identified by what is missing and major tablet launches – once such a fixture of MWC – were conspicuous by their absence. Ever expanding smartphone screens have led to decreasing consumer demand for tablets, meaning decreasing profit margins for manufacturers. The result? Some industry commentators are claiming that the tablet market is no more but we’ll have to wait for the full picture.

Similarly, there were no significant smartwatch announcements. Early adopters, however, needn’t fear. The smartwatch is not dead, just resting. Barcelona marked the calm before the storm with developers and manufacturers refining and perfecting their offering. Rest assured, we can expect some big announcements in the second half of this year.

No tablets? No smartwatches? The hype that has traditionally surrounded these technologies may lead you to wonder how the organisers filled some 110,000 meters of exhibition space. It was a good job, then, that the launch of Samsung’s Gear VR, HTC’s Vive and the countless demos on the show floor has seen 2016 heralded as the year that virtual reality (VR) moved from a sci-fi pipe dream to our sofas.

VR was everywhere. Even at the Bell ID booth, where our VR demonstration was back by popular demand. The demo immersed delegates in the tokenisation process, enabling them to see every step in the mobile contactless payments chain, where each player sits and how they interact with each other to deliver seamless, secured mobile payments for customers.

Tokenisation itself also continued to make the headlines. For example, Giesecke and Devrient announced that it has integrated its cloud-based payments platform with the MasterCard Digital Enablement Service (MDES). This is undoubtedly good progress for tokenisation, as it underpins its position as the technology for securing mobile payments.

However, the newly launched Token Service Provider by Interac, Canada’s primary debit payment network, is an implementation which gives issuers the freedom to integrate with any payment scheme and therefore any mobile device or wearable. This ensures they can adapt to the complex and fluid dynamics of the mobile payments market, rather than be tied to a single payment scheme or original equipment manufacturer (OEM).

As expected, the mobile payments announcements came thick and fast. MasterCard confirmed that its biometric authentication system for mobile payments (popularly known as ‘Selfie Pay’ but also including fingerprint recognition) will soon be rolled out across the US, Canada and parts of Europe. The launch is in response to a successful trial in the Netherlands, where nine out of ten participants confirmed they would ‘definitely’ like to replace passwords with biometric authentication. As security concerns are often cited by consumers as a barrier for adoption, this is an important development for the industry.

PayPal also came to Barcelona armed with a big announcement. Its customers in the US and Australia will now be able to make NFC payments through the PayPal mobile app, and consumers across Europe will be able to tap and pay using their phone through the Vodafone mobile wallet, thanks to a partnership between the two companies. This is a big moment for PayPal as it marks an expansion into the increasingly lucrative in-store contactless payments market, and also a vindication for NFC technology, which PayPal had previously rejected as being unsuitable for in-store payments.

But what of the various ‘OEM Pay’ platforms? Prior to the show, Samsung announced that Samsung Pay had hit over 5 million users in just five months. This figure is only going to head north with the platform set to launch in China in March and the UK later in 2016. Watch this space for various new market announcements from all the OEM Pay platforms throughout 2016.

We were treated to a glimpse of how IoT technology and payments will intersect in the coming years, with the announcement that Visa is expanding its Visa Ready program to include manufacturers of wearables, automobiles, household appliances and clothing, to name just a few. This news also confirmed that tokenisation technology will be key to securing these emerging payment technologies. Expect to hear much more on this at future events.

As one would expect and hope, there was also a lot of focus on security at MWC, particularly in the IoT sector. Rambus announced that it has expanded its technology to support in-field provisioning. This means that credentials can be secured and managed not only on the silicon chip in the factory, but also in the cloud when in the hands of the consumer. As we enter the IoT era, this flexibility will be key to supporting the growing requirements of trusted applications, including secure mobile banking, identity and entertainment.

On a broader note, for many years Mobile World Congress focused on smartphones. ‘Mobile’, however, is becoming an increasingly broad concept, and this year’s show was perhaps the biggest indicator of this trend. This increased diversity will play a central role in how we pay using our mobile devices, whatever they may be, now and in the years to come.

If you were unable to attend and want some more information on the topics discussed above, take a look at our website ‘resources’ section or join the debate on Twitter and LinkedIn.

The author of this blog is André Stoorvogel, head of marketing, Bell ID.