Ultra-compact VNFs are the key to cost-effective NFV 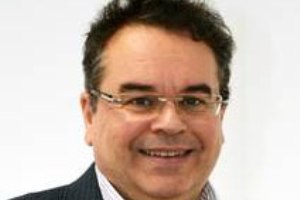 Only the most efficient VNFs will pass the scrutiny of the operator community, argues OneAccess’ CMO, Pravin Mirchandani; the risks and costs of accepting anything different are too high.

The arrival of the software-defined networking era has been enthusiastically welcomed by all as it promises both infrastructure and services that can flex and grow in line with operators’ changing requirements. The question ‘How can we transition to an SDN/NFV based infrastructure as quickly possible?’ is occupying industry minds, for service providers and vendors alike. Anyone with lingering doubts need only consider the recent A&M moves by the industry big guns, Juniper and Cisco, who are feverishly trying to reinvent themselves as born again software businesses.

Virtualised network functions (VNFs), delivered over the NFV infrastructure (NFVI), promise to minimise the operator investments needed to customise future services in line with their operational needs. But, at the moment, the jury is still out on what the killer VNFs are going to be. This question raises new concerns: what VNFs should operators plan for when specifying their white box?

How will demand for resources play out over the business cycle? Here carriers are facing some tough decisions; ones that may ultimately determine their ability to compete in a crowded sector. An over-specified white box will waste huge amounts of money and already NFV migration is proving much more costly than first thought. Far worse though is the prospect of under-specification, which would result in a virtualised environment that simply isn’t fit for purpose.

The dilemma for the operators can’t be taken lightly. If they deploy basic bare metal units, the risk is lost revenue when customers, who cannot upgrade when needed, move to an alternative supplier. Most likely, a middle ground will be reached, and attention will refocus on the familiar question of how to get more for less.

Those that thought that this question might evaporate as the network goes software-centric should prepare for disappointment. Operators will be exerting great pressure on VNF developers to do just this, by creating ultra-compact and efficient software functions, not least, so their choice of white-box stands the best chance of coping with as-yet-unknown future demands.

There are many vendors aiming to position themselves in this space which, it seems, is where the long-term revenue opportunity exists. But if they want to deploy a full catalog of VNFs including functions such as WAN optimisation, vCPE, VPN and encryption, for example, carriers need to be conscious that many developers hail from an enterprise background, in which their solutions have operated on dedicated appliances drawing on uncontested computing power.

VNF development is a different ballgame altogether – so it will be interesting to see how these modules perform when they are scaled down to share the resources of a single white box.

As a business that has focused on delivering compact, multi-functional access devices for operators and CSPs for over a decade, OneAccess Networks’ engineering philosophy and business success has been based on squeezing maximum performance out of our equipment, with the fundamental requirement to support multiple networking functions from a single CPE. By carrying forward this approach into our next generation of extensible NFV devices, and embracing a genuinely open and interoperable approach, we are already equipped to address this need for the industry’s first movers in NFV.

The author of this blog is Pravin Mirchandani, CMO, at OneAccess.