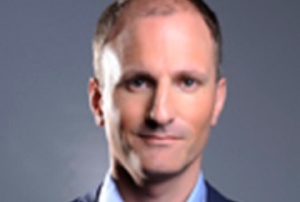 The appointment is an internal promotion for Rode. He has worked at T-Systems for 14 years and prior to his appointment as managing director was account director of the EE Global Account.

Former managing director of T-Systems in the UK, Casper Malig, has taken over as vice president of Northern Europe and vice president sales and service management EMEA at T-Systems International. Casper Malig, said: “Christoph is well-respected within the company. He has a strong track record of delivering consistent customer service. We have complete trust in his new leadership role, and are confident that he will further the recent success of our UK business to new levels.”

Christoph Rode said: “T-Systems has achieved a great deal over the past few years under Casper’s leadership and I am excited about steering the business on its course to meet our business goals. We will continue to focus on servicing the market with leading-edge cloud solutions and our world class network operation.”

Recently, the company has cemented new cloud computing partnerships with Huawei, Microsoft and Cisco. In the traditional IT business market it is introducing a new “Run on Satisfaction” offering for SAP, which breaks the industry standard multi-year contracts by promising to terminate the contract if customers are not completely satisfied after just three months. The company is presenting its growing public and private cloud offering at CeBIT (14-18 March, Hannover, Germany).

Christoph started his career in 2001 at T-Systems in Germany as a project manager in the Strategy and Business Development team before moving to similar roles within the Systems Integration department. In 2006 he successfully managed the implementation of a large outsourcing deal worth over €400 million across multiple European entities. Christoph moved into a sales role in 2007 and spent two years as Global Account Manager on the T-Mobile account in the US and UK. In 2009 he headed up the Business Centre US within the Communication and Utilities industry line.