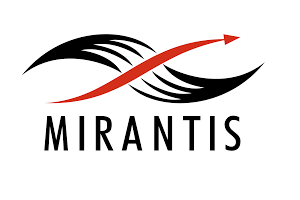 “With Gartner and Forrester finally taking a cautiously optimistic stance on OpenStack, we are confident that stability and scalability of Mirantis OpenStack 8.0 will serve as a further proof point for that optimism,” said Boris Renski, co-founder and CMO of Mirantis. “We are particularly happy with the ecosystem uptake of our OpenStack installer – Fuel. Nearly 100 plug-ins have been authored by third party vendors since Fuel became a part of OpenStack Big Tent in November.” Mirantis OpenStack 8.0 is based on OpenStack Liberty, the 12th release of OpenStack. Unlike other OpenStack vendors, Mirantis doesn’t ship SDN, storage or virtualisation platforms with its distribution. Instead, at the heart of Mirantis OpenStack is a highly available infrastructure controller that makes it possible to orchestrate a wide range of virtualisation, storage, and networking platforms of the customer’s choosing. In addition, Mirantis was the No. 2 contributor by reviews and the No. 1 bug fixer for the Liberty release.

One hundred seventy-one Fuel plug-ins have been written by third-party vendors and developers to date. Mirantis OpenStack 8.0 has a new component registry that gives more contextual help and visual cues about which OpenStack components are interoperable, making it easier than ever to manage infrastructure resources.

In addition, operators can now use Mirantis OpenStack 8.0 to deploy and configure Ironic, the OpenStack bare metal provisioning project, so that developers can choose bare metal servers or VMs for performance-sensitive workloads such as Cassandra, Hadoop or NFV.