Messaging and NFV – time to link the silos 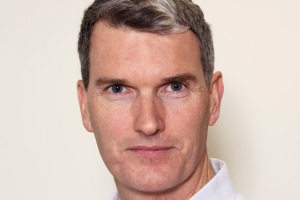 The shift from hardware-based to virtualised software environments is starting to impact most elements for next-generation network architecture. The establishment of LTE in most global markets means more and more operators are looking at NFV to drive greater efficiencies and accelerate time to market for new services.

Embracing all of the benefits of virtualised network environments is not without its challenges however. Many operators need to contemplate the complexity of legacy systems and trying to converge aspects of the network that have, up until now, existed in entirely separate silos, says Alex Duncan, CEO, Openmind Networks.

Messaging is a good example of this as SMS, MMS and USSD services all currently exist within most networks as separate functional units. Yet all these services remain critical to all operators and much can be gained by virtualising the functionality of SMSCs and MMSCs onto a single platform. Achieving this in practice however requires marrying differing end-user functionality, different hardware and different traffic management requirements. Then there is the added challenge of establishing interoperability and inter-working between the NFV vendors looking to drive the overall transformation.

A leap of faith

Some operators have tried to virtualise the SMSC and MMSC – but not as many as you might think when you consider what many stand to gain by doing it successfully. Many operators still have reservations about the reliability and availability of virtualised network infrastructure. The fact remains that SLAs in the mobile space are a great deal more stringent than those in the IT world. To many operators, embracing this transition involves something of a leap of faith.

Most telecommunication services have a crucial need for ‘five nines’ availability, high reliability, low latency and provision for regulatory requirements. There are also certain needs around timing and synchronisation – ensuring NFV caters for all of these is challenging.

NFV – beyond the reach of ‘off the shelf’ hardware

Messaging services have been traditionally delivered via ‘commercial off the shelf’ (COTS) hardware. These boxes have provided a highly cost effective service to date and, as a result, operators have been reluctant to contemplate alternative virtualised technologies.

However, NFV will change all of this. As operators start to focus on NFV, a step change is required in how they do business and manage their networks. As part of this evolution, operators will also have to consider the mobile services that will run over, and utilise, virtual hardware and virtual functions.

Consolidating SMSC and MMSC services into a single solution in a virtualised environment not only enables operators to scale each messaging service based on its usage peaks and service growth; it also enables a simpler, more efficient route to consolidating messaging services so that a message is a message regardless of the technology bearer used. As IP-messaging gains momentum, and grows its user base, it will need to develop rapidly in order to keep up with the changes in end-user behaviour. NFV also provides operators with the agility to perform the twofold task of evolving IP messaging services rapidly and managing migration of users from traditional SMS and MMS messaging.

Reaping the benefits of virtualisation and consolidation

NFV messaging can unlock a series of benefits for mobile operators. The ability to rapidly develop new services and features will be the most appealing. NFV will also serve to help them uncover improved network manageability, as virtual applications can be upgraded without the need to take existing nodes offline. Moreover, scalability is improved as new virtual nodes can easily be added to meet peak, and unplanned, network traffic demands. The use of hardware can also be maximised, as during low messaging traffic periods – unused hardware resources can be allocated to other applications.

The success stories so far for NFV have been in the enterprise space, in particular Business vE-CPE. But other use cases are gathering momentum, in particular vIMS core which is certain to have a major impact on VoLTE and RCS roll-outs in the coming years. Openmind has worked over a number of years with a Western European inter-carrier customer who has migrated most of their service domains to a large-scale virtualised platform. It has also more recently gone live with a Central European customer, providing a central platform offering messaging services to multiple OpCos across a number of countries. Through such partnerships the full potential of NFV can be realised, by coupling market requirements with leading-edge technology. Fundamentally a clear business case, as we have found with our customers, will drive NFV forward in the coming years.

The key success for NFV will not just be the operational and manageability improvements it enables within the core network, it is going to be much more about the ease with which new, and older, mobile services can be delivered in a more efficient way. It is not without its challenges, but the agility, manageability, scalability and cost effectiveness of NFV make it the perfect bedfellow for the successful, and prosperous evolution of messaging services in a new IP based, virtualised world.

The author of this blog is Alex Duncan, CEO, Openmind Networks.