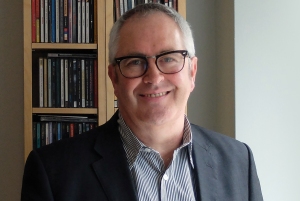 The Internet of Things (IoT) is set to become pervasive and routine with tens of billions of devices deployed from your washing machine to defence, healthcare, city planning and critical infrastructure. All will be connected by a network but does that mean communication service providers (CSPs) can be more than the providers of IoT connectivity? Robert Machin, the director of product marketing at CSG International, believes so, and points to the capabilities already inherent in CSP O/BSS that can be extended and adapted to support CSP initiatives in the Internet of Everything.

VanillaPlus: As a global vendor to several hundred communications service providers, how does CSG International see the IoT developing?

Robert Machin: Fast! We see IoT as the most significant as well as the fastest-growing evolution in communications and IT over the coming ten to twenty years, and something that will be fundamental to future business and technology. We think it likely that in ten years or so, it will be pervasive to the extent that it will simply be ‘how things are’, and we won’t talk about ‘IoT’ at all. It will have a massive influence on consumer and enterprise business models and on human behaviour patterns, supporting a move away from owning to renting assets on the consumer side, and from selling products to offering services for a great many producers.

RM: Well, automotive for one. It seems likely that in 10-15 years, very few people will see the need to own vehicles – particularly in urban environments where they might only be used occasionally and for short journeys. Instead, if they need a vehicle, they’ll rent one appropriate to their needs at any given time, whether that’s a city smart car or a pickup, and will pay for usage and insurance based on miles, behaviour, track record and so on. IoT will enable that model, which will substantially change the automotive industry as well as human attitudes to transport. More widely, the data collected will help with road and urban planning and with vehicle design. Resources and raw materials will be used more exhaustively. It’s not hard to see the same principle being extended to other consumer and enterprise activities, leading to less waste and a greener, more optimised way of living.

VP: What part will CSPs play as IoT becomes simply ‘how things are’?

RM: We believe the playing field is still wide open. Obviously there is an opportunity for CSPs to take a big piece of the purely communications pie. Whether IoT applications utilise the conventional communications infrastructure or low power wide area (LPWA) networks dedicated to IoT that we see CSPs like Orange starting to invest in, CSPs’ networks will be fundamental to the capability and success of IoT. If CSPs are willing to involve themselves more deeply than simply carrying transactions from machine to machine, however, we believe there is a much greater opportunity which, given that there is likely to be very little direct revenue from the carriage of data, it will be very important for CSPs to seize.

RM: As ever, it’s all about adding value, and many CSP capabilities will add real value to IoT initiatives. At the front end of the process, for example, CSPs have needed strong capabilities in resource lifecycle management, inventory management, activation and performance, and these functions will be highly relevant to the enablement of many IoT use cases. Sensors installed in smart city parking spaces, for example, won’t deploy and maintain themselves any more than base stations or modems would. At the analytical end, the mediation, validation, correlation, and processing of what could in many instances be very high volumes of raw data into what could equally be very small amounts of actionable intelligence will be vital to the efficiency of the IoT – picking out the exception transactions from routine monitoring of medical devices, for example. Elsewhere, CSPs’ background in network operations and fraud detection leaves them well-equipped to handle real-time alarms and critical data, and the reporting and analysis of data traffic. IoT initiatives will often be bi-directional – notifying a hospital that a medical refrigerator has become unacceptably warm, for example – so notifications come into play. And given that many IoT applications will be based on collaboration between several parties, some form of financial analysis, revenue sharing and settlement is certain to be required in many IoT scenarios.

All of these are foundational skills for many CSPs, and would represent money left on the table if all that CSPs did was offer data carriage from A to B.

VP: That sounds quite a lot like conventional CSP processing. Are the demands of IoT fundamentally different?

RM: Yes and no. At a high level, the functionality is similar, so many BSS vendors have a credible proposition to make based on their CSP track record. However, the application of this functionality will be highly variable – much more so than in the conventional CSP environment, where calls, texts and data packets were fairly common currency across all CSPs.

In IoT the playing field is much more open, and there will be different games going on all over it. In sectors such as health, transport and logistics, factors like data volumes, required pre-processing and acceptable latency will differ widely depending on the application being provided or supported. It’s obvious, for example, that a sensor occasionally reporting on stock levels in a vending machine requires a different level of performance and service than a system monitoring stress factors in an aircraft engine. From business-critical to life-critical, there will be many different quality and assurance issues to be taken into account.

Depending on how many initiatives are underway, a CSP could be supporting dozens or hundreds or different scenarios at any one time – but they won’t want to deploy and operate different systems for each, particularly as margins for services may be thin. Flexibility of application and the ability to partition systems between different use cases will therefore be vital.

VP: Does that mean that supporting IoT services should be seen as just another extension of CSPs’ existing platforms?

RM: Not at all, not least because IoT will be a very different part of the CSP business.

IoT is likely to be addressed by the ‘digital solutions division’ – or whatever name is given to the part of the organisation dealing with new digital ventures. Here, CSPs will tend to act less as service vendors, more as partners or collaborators with other enterprises to develop propositions for end customers. In addition, many IoT propositions will be tailored for industry verticals rather than generic market segments (such as consumer, enterprise or SME) so there will be a very different business model from that of the conventional communications business.

VP: What propositions for IoT can a BSS vendor like CSG make?

RM: A lot of what we can offer falls within the functions that we’ve discussed. We provide powerful mediation, correlation and analysis, even in real-time, all of which are fundamental to the successful and effective operation of IoT services. In addition, our capabilities such as multi-party transactional distribution, financial calculations and settlement, messaging and notifications and alarms handling will be required in at least some part by IoT services.

Conventional business functions like charging and revenue sharing will also have relevance if these fit into the IoT service scenario. Our solutions can be partitioned too, to support multiple IoT scenarios from a single platform. That means they make the much more fluid IoT business supportable without requiring a different instance per IoT scenario.

VP: CSG appears to have a strong software proposition for the support of IoT services. Do you believe that’s what CSPs are looking for?

RM: We think they’re looking for more than that – we believe many CSPs want a strong IT and services partner that can bring innovation and powerful software within the framework of a managed solution, de-risking these new and unproven ventures and making them less capital-intensive. They want a partner that will work with them to provide this back-office support and that has the experience and firepower to deal with some fairly demanding and – we have to assume – as yet unknown scenarios.

For that reason, a partner that will share not just the risks, but the CSP’s desire to break new ground and develop new revenues will be attractive. Any CSP going down the IoT route will have some pretty clear business outcomes in mind and will be looking for a partner that shares their vision and is willing to be measured by business success, not just by technical metrics. We believe that shared focus on business outcomes is essential and it’s built into our managed service business model. It probably won’t hurt that we can bring in some good ideas about dealing with legacy business too, in a way that frees up some innovation space for the operator to focus on the future.

The author of this blog is Robert Machin, the director of product marketing at CSG International.