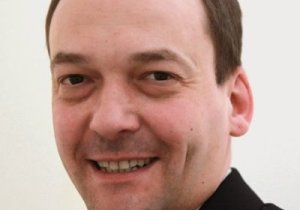 OpenEPC reportedly has 60+ testbed customers, including some of the world’s largest mobile operators. OpenEPC 7 will be demonstrated publicly for the first time on the ARM stand at Mobile World Congress (Hall 6, Stand 6C10).

A complete multi-access core network in software, OpenEPC 7 will be commercially available later this year. It will include support for some key elements of 3GPP Release 13, the specification which is due to be frozen in March. CND aims to include support for LTE-M which is beneficial for the IoT market. In addition, CND is working on adding support for various critical communications features in 3GPP Release 13, which will become essential for public safety use cases using private LTE networks.

At the show, OpenEPC 7 will be demonstrated running on the latest ARM Cortex technology, which combines the power efficiency and performance needed to host a complete mobile network for thousands of users per cell. By connecting OpenEPC to a standard radio cell and connecting this cell to others, autonomous and distributed mobile networks can be created using a mesh topology. This opens up a wealth of new use cases where low power, low latency, improved security, greater resilience, reduced backhaul traffic, and/or affordability are key – for example, for IoT applications and first responder/public safety communications.

In public safety, OpenEPC is ideal for replacing the antiquated TETRA networks with a lower cost, truly mobile LTE-based alternative that uses standard smartphones/tablets instead of 1980s-style TETRA walkie-talkies. Using OpenEPC, the number of permanent base stations required for a public safety network could be halved, and complemented by ‘mobile network in a vehicle’ or ‘mobile network in a rucksack’ networks that are assigned to regional police, paramedic and fire service teams for use in subways or remote locations – or at times when the central network has failed. CND’s estimates suggest that this approach would radically reduce the deployment cost by as much as 40%.

“Mobile operators the world over already rely on OpenEPC to help them develop and test new services. With OpenEPC 7 we are ramping up for the first time to deliver carrier-grade live deployments based on the same technology already in their labs. IoT is a key use case for OpenEPC 7, letting mobile operators enhance and extend their LTE networks at the edge and capitalise on this fast-growing market without having to replace their existing infrastructure. In addition, we are delivering on our first public safety contract in Europe to build a secure, private LTE mesh network that aims to put a radio cell running OpenEPC into vehicles and attach an antenna to the roof, so that every vehicle will effectively become a mini mobile operator,” said Carsten Brinkschulte, CEO of Core Network Dynamics.

OpenEPC 7’s multi-access core supports a wide range of protocols including LTE, 3G, 2G and WiFi, with support for LoRa and SIGFOX on the roadmap. Core Network Dynamics’ decentralised approach capitalises on the rising demand for NFV/SDN (Network Function Virtualisation/Software Defined Networks) as the mobile industry moves away from expensive, dedicated hardware into a new software-driven, virtualised and distributed network era.