Is the blockchain the solution to the advertising backlash? 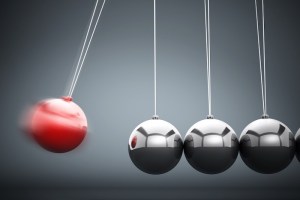 The blockchain is becoming such a widely used word that you would be forgiven for thinking that we would use it simply to attract attention (Shurely not, Ed). It is a technology that is rapidly spreading through every aspect of our lives.

Governments are considering it for a wide range of governance issues, banks and other financial institutions are pursuing its potential as aggressively as can be. The Bank of America has just filed 20 blockchain related patents, in addition to the 15 it has already submitted. It will, without doubt, fuel a mini boom in conferences, research papers, seminars, webinars and other events. Gartner’s hype cycle will buckle with excitement says, Alex Leslie, publisher of Disruptive Views.

We can comfortably conclude that it has the world’s attention.

It might, just might, be a solution to the fast emerging advertising conundrum. The backlash against online advertising (print advertising is a different thing altogether – and well worth a look, later) is something we have written about a lot recently. The rise of ad blocking software, the popularity of catch up TV, privacy laws, the irritation of badly programmed programmatic advertising are leading, we believe, to a perfect storm for companies that rely too much on advertising revenue. These companies include Google and Facebook, the former just having taken over from Apple as the most valuable company, based on its advertising revenues.

Enter SatoshiPay’s CEO Meinhard Benn, who ‘wants to make web payments fun and fair’ and some interesting things suddenly become possible. Using the blockchain, according to Benn, means that ‘nano’ payments are not only possible, but also completely frictionless. For a long time, the problem with payments has been the cost of disputes and refunds. And, with credit cards and other payment mechanisms that rely on a chain to work, the fees and commission structure.

Imagine, says Benn, a widget that bobs along at the bottom of every web page you open. Imagine a pop up advert that starts and then says ‘don’t worry, we will load your page in 15 seconds’ and you get irritated. Imagine being able to click the widget and instantly, for a fraction of a cent, you can read the page free from the noise and distraction of the adverts. Effortless advertising removal.

Whether we are, culturally, ready to pay a tiny amount of money to avoid adverts (they are the intrusion, not us) is not clear.

What is clear is that in the battle for attention, where advertising is to a large extent a distraction or irritation, the ability to click a button to make it go away is interesting. It is also a possible revenue stream for publishers who are working their way through the whole ad blocking problem.

It is, perhaps, rash to suggest that advertising will completely disappear. If it does then our unspoken pact with the internet will be in tatters, but a balance – advertising or no advertising – might well be the answer.

The author of this blog is Alex Leslie, publisher of Disruptive Views.