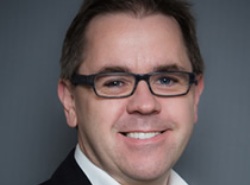 The developments announced today also move the Quortus Evolved Packet Core (EPC) to the split user/control plane and network slicing architectures that will be a key feature of 5G networks.

MEC architectures combine wireless technology with an IT-type service environment to deliver efficient communications services with ultra-low latency and high bandwidth. MEC software applications can tap into local content and information about network conditions so that traffic can be handled in an optimal way. Examples include local traffic offload and caching, and video optimization.

Quortus’ ECX technology takes this principle a step further, by implementing core network functions themselves in software at the network edge. The combination of these two approaches will allow service providers to truly deliver on the promise of MEC. Services are provided where they are consumed – at the network edge.

“To date, the thinking around MEC has focused on the user plane – looking at the traffic in the network and making decisions on ‘over the top’ optimizations such as video encoding or caching,” said Andy Odgers, Quortus CEO. “By also implementing network functions at the edge we open up even more powerful possibilities. We can use the capabilities of the network itself to create new services and optimize the user experience. At the same time we retain the robustness, security and control that’s expected by both mobile network operators, and their customers.”

New versions of Quortus’ ECX Enterprise and ECX Core, announced today, mark the first time a core network solution has been MEC-aligned, allowing for 5G evolution and enabling compatibility with a host of IoT and other applications. These innovations will be particularly powerful within the enterprise environment, where they will enable genuine integration between local IT resources and operator-provided cellular networks.

The new Quortus technology will allow MNOs and systems integrators to build a variety of new service offerings. Potential applications include offering SMEs presence-based solutions, or 4G-based digital media services that work “out of the box” without the need for a local IT department. For larger organizations, MEC strategies will allow local data and voice offload with PBX and LAN integration. This is particularly useful in campus type or remote locations, where sending data back to the core network might introduce unacceptable latency or security risks. MEC has also aroused interest for IoT applications as diverse as building control and medical monitoring, which require devices such as sensors and actuators to be connected to local computing resources, again without the need to touch the core network.