The future of networking – SDN 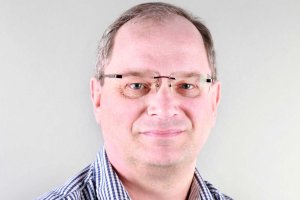 The world today is more connected that ever before. With the explosion of the mobile platform, network infrastructures are under more pressure than ever to meet this apparently insatiable demand for connectivity.

As a result, Service Providers (SPs) are being forced to constantly enhance their networks to support these initiatives and many now go out to market in search of recent advancements in networking technology and associated next-gen management tools, says Kevin Challen, vice president of Communications at Cyient.

At a basic level, service providers can opt to meet any elevated capacity demands through the addition of cabling and active equipment. Yet this doesn’t cater for increasingly mobile consumers and their demands, and as such networks need to become more dynamic as subscribers move across the network. Adding capacity at one node is therefore a pointless tactic, because it only addresses the specific demands of its attached users; the additional capacity will be lost as and when users move to an adjacent cell.

Therefore, SPs face a dilemma: either add capacity at all impacted nodes to meet anticipated network demand, or “move” bandwidth around the network. The former pushes SPs to create surplus capacity across each node in the network. Conversely, the latter option is a complex process which demands a comprehensive understanding of recent network capacity trends across both timeframes and locations.

Additional issues can also arise from network-intensive businesses and mature domestic consumers, who are increasingly moving their data and IT services into the cloud. This requires SPs to manage such data more efficiently by ensuring its networking priority meets agreed business service levels agreements (SLA’s).

One mooted solution, the ‘self-optimisation’ of networks, can enable the management of network capacity but tends to be reactive rather than proactive. It can also create an environment where capacity is in a state of constant flux, as the network attempts to manage real-time demands by interacting with other active network equipment.

This is where a potentially revolutionary methodology comes in – that of Software-Defined Networks (SDN). By incorporating a proactive understanding of the shifting demands placed on network capacity by timeframe and location, it allows networks to be dynamically and automatically configured to respond to changing conditions across the network.

The initial steps towards SDN

There have already been some successful deployments of SDN, particularly within data centres. It revolves around the concept of a routing table where specific services can be routed based on pre-defined parameters – for instance, an organisation’s cloud CRM service could be routed over a faster network route during normal office hours (a period of higher demand), and otherwise routed  over a standard network. Organisations benefit because they know their mission-critical systems can operate at high speeds at peak times, and SPs benefit through the provision of a premium service. Initially both situations (peak and off-peak) are easy to manage, based on the limited and readily controlled set of network parameters. The concept starts to become more complicated however as we begin to switch routes for a large number of services within a larger and more complex network topology.

Given the complexity SDN can cause, many SPs have begun to use network analytics to model and accurately contrast the capacity of their network with the amount used at node level within specific timeframes. The resultant analytics models are used as the framework for SDN implementation, because they provide SPs and app developers with the insight and ability to develop alternative routing models which match ever-changing network demands. In future, there will undoubtedly be a role for the integration of real-time analytics and SDN, because it will allow the majority of network optimisation to be performed in real-time.

The introduction of SDN into SPs’ networks will, if appropriately planned, provide them with un-heard of levels of flexible capacity. But as with any new technology and methodology, this comes with a caveat – that SPs can only achieve this flexibility by fully understanding and modelling network capacity.

Not only will SDN provide SPs with the opportunity to refine their networks, but it will also allow the implementation of network scenarios in anticipation of scheduled and unscheduled events and put in place specific network configurations to respond to any such situations.

Overall, SDN is going to dramatically change to way we manage our networks, and we will see deployments continue to evolve. In the future it will be used in ways we can’t even imagine as SDN tools mature and organisations, especially those in the cloud, adapt applications to take advantage of SDN.

The author of this blog is Kevin Challen, vice president of Communications at Cyient.