Making money from APIs? I’d like to see that 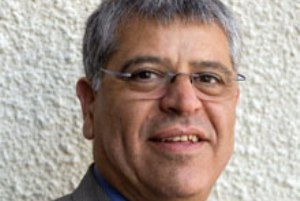 Money has always been thought of as the source for all evil, but without it not much good happens either. For CSPs the perennial battle to maintain revenues means they have to keep coming up with new ways of generating it, and that is not always easy or without evil.

Yes, we all know voice revenues are declining even though voice traffic itself is probably increasing thanks to VoIP apps on smartphones and via social networks, none of which translates to money for the carriers that handle that traffic, says Tony Poulos, editor of Disruptive Views.

Oh yes, that’s now data traffic that customers pay for, usually in one lump sum for one great lump of data each month. What it is made up of is of little interest because the cost of tracking it or billing separately for different types of traffic is hardly worth the effort, or the cost – presuming it is even legal under pending net neutrality rules.

So the logical alternative is to attract more customers or provide as many products, services or bundled add-ons as possible to increase the revenue per user. Increasing revenues always seems to imply getting more money from customers, but there is a limit to what they can afford to pay, and if you squeeze too much out of them they either stop paying their bills or find a cheaper option.

Some enterprising networks operators have looked into peering arrangements with digital service providers or DSPs (a.k.a. OTT players) offering prioritised traffic for services like video. These have since fallen foul of the net neutrality nincompoops who claim that this disadvantages other network users that have to settle for plain old internet speeds, whatever they are.

Telecommunications must be the only industry that cannot differentiate prices for different services. Everybody is, according the ‘new’ rules entitled to Ferrari speeds and quality at Hyundai prices.

So, why aren’t CSPs acting more like those DSPs and looking more closely how they make money, unfettered by regulations? Better still, why not emulate some things they do to make money that may avoid any regulatory policing. Jouko Ahvenainen, in a recent article, pointed out that “successful internet giants, like Salesforce, Amazon, Google, Twitter, and Facebook, have been active to offer APIs to third parties. Salesforce has earned more than half of its revenue through APIs, not from its own user interface. Twitter, Netflix, and Google handle billions of transactions through APIs daily.”

He goes on to point out that “we are moving to a new era of the API economy when APIs are no longer the territories of internet and mobile companies alone, and instead are implemented in basically any industry.”

Let’s hold that thought for just a bit longer. Aren’t CSPs actively opening up access to their core systems to attract new wholesale customers and offering the benefits of their vast experience at managing services and charging for them in real-time?

But they are talking about charging for these as services based on volumes, revenue or margin sharing and cost-plus arrangements. This is old school thinking and doesn’t necessarily reflect the true cost of providing the service – something many CSPs are actually unable to calculate themselves.

These ‘finger in the air’ methodologies are not only hard to justify they often lose deals, but if CSPs were to talk to the DSPs in a language they comprehend, then maybe deals could be done for the benefit of all.

And how more equitable could that be than the API mantra Jouko suggests. Every system the CSP opens up has a corresponding API. Instead of charging for the API or the use of the system, why not charge for every API call, or transaction that utilizes that API. It could be a very small amount, sub-cent price per call, but when millions of calls are made the value rises.

If it is true that tracking IoT data will be difficult, as some claim, then it would be reasonably simple to track the API calls, very easy to collect and price them and it would be a truly equitable way of charging for the CSP’s services. With the IoT tsunami about to hit, it could also prove to be the best money-spinner ever to benefit the network operators.

The author of this blog is Tony Poulos, editor of Disruptive Views. Tony is a freelance writer, regular speaker, MC and chairman for the telecoms and digital services industries worldwide. He has founded and managed software and services companies, acts a market strategist and is now editor of Disruptive Views and sister publication BillingViews. In June 2011, Tony was recognised as one of the 25 most influential people in telecom software worldwide.