Innovation is handing connectivity to the people 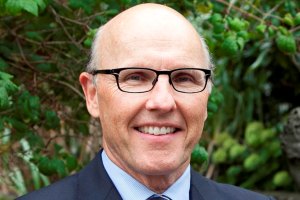 Regulation, partnerships and connected people are the three biggest trends that will impact the telecoms industry in 2016, according to global entrepreneur David McCourt.

McCourt, who has been at the forefront of telecoms innovation over the past 30 years, believes much of this change will come from the developing world, while citing Uber and Airbnb as new companies wielding huge power with their access to customers.

Regulation will be affected by the passionate few

“Here in the US, we’ve already seen a few prime examples of what the future of regulatory and legislative change will look like, with long-time industry leaders being challenged by relatively new start-up,” he said.

“This is perhaps best illustrated by Uber’s clash with the City of New York, after legislation that would severely limit the company’s operations was proposed. Uber’s userbase and drivers intervened on its behalf and ended up having a huge hand in the legislation being abandoned. Travel company Airbnb saw similar success after the state of California proposed new regulations for it. Despite these regulations being supported by the hotel industry in general, and Airbnb only operating roughly three per cent of hotel rooms in the US, their small but passionate userbase was able to make a great impact on the proposed changes.

“Technology has empowered like-minded communities, regardless of size, to make their voices heard. The amount of start-ups and other companies circumnavigating traditional structures like lobbyists to have their voices heard, and make real change, is only going to increase.”

Public and private partnerships will connect more people to the web

McCourt continued: “While these examples have roots in Silicon Valley, the most celebrated centre of innovation in North America, the greatest amount of innovation and change will be coming from the developing world.

“Smartphone penetration has been rapidly increasing in many parts of the developing world. However, statistics can be misleading, as very few smartphone users can’t afford data plans.

There is a demand for fibre in places that are not economically feasible, and the near future will see more public and private partnerships – governments and municipalities partnering with telecom operators – to try and solve that.”

People will find ways to become connected regardless

“Despite limited connectivity, many young urbanites in the developing world have already found their way on to the web in off-the-grid ways. Apps like FireChat are already enabling those without a conventional connection to create mesh networks to gain access via Bluetooth.

“The ingenuity and potential of these populations can’t be understated – 1,000,000 people per week are being added to urban environments in the developing world. They’re not going to have time to build that traditional “power broker” structure up, they’ll just bypass that and use crowdsourcing to influence and wield power, in ways that are similar to what companies like Uber and Airbnb have already done in the US.”

McCourt concluded: “As technology progresses, people all over the world will want to be connected to the internet, and will continue to find ways to do so, whether it is in traditional ways or off-the-grid.”

The author of this blog is David C. McCourt, technology and telecoms entrepreneur and chief executive officer at Granahan McCourt.