SDN and NFV: defining two different aspects of the future of networking 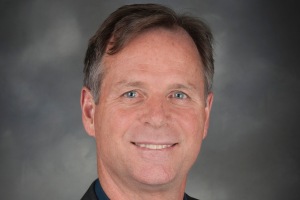 Software Defined networking (SDN) and Network Function Virtualisation (NFV) have become hot topics in the networking industry in the last few years. While these technologies are interlinked, and often mistakenly used interchangeably, understanding the difference is important to getting maximum business value from adopting either, or both. This article outlines the role of each technology and goes on to consider their use in context with other virtualisation technologies, says Curt Beckmann, chief technology architect, EMEA, Brocade.

SDN started its life inside university campus networks. As researchers were experimenting with new protocols they were frustrated by the need to change the software in the network devices each time they wanted to try a new approach. Meanwhile, web-based companies who were dissatisfied with the sluggish pace of innovation in traditional networking began investing in SDN in order to get the scale and control they needed in their hyperscale data centres.

While SDN was created by researchers and data centre architects, NFV was initially created by various large service providers to shift from hardware centric to software centric infrastructure. Software-based features will speed up deployment of new network services, advance revenue growth yet reduce operating costs. Put simply, SDN is a new way to manipulate the network, and NFV as a new type of infrastructure to be manipulated. SDN is about controlling network hardware, whereas NFV is about taking what used to be specialised hardware and creating it in software on commodity servers.

There are key differences between SDN and NFV but the confusion stems from four commonalities between the two: First, both have arisen from customer demand for more flexibility and interoperability, rather than the advent of a particular technology. The second is timing; the concepts emerged in quick succession. Thirdly, coexistence – they can and are used together. Finally, NFV and SDN are used in conjunction with a variety of other new technologies. Having said this, there are ways to set the technologies apart that are worth mentioning. One of the key differences is that SDN separates the control plane that governs a network from the forwarding plane that sends packets through it, giving IT more control over the behaviour and performance of their networks. SDN addresses the management complexity of rapidly growing and distributed networks by centralising control and enabling programmability to achieve desired behaviours. Importantly, the standards-based decoupling of control and data planes is meant to allow separate purchasing decisions for software and hardware.

In contrast, NFV takes the network processes that are traditionally associated with specialised proprietary hardware (such as routing, firewalls, and application delivery controllers) and converts them to virtualised software platforms that can run on standard commodity hardware, most commonly x86 servers. These functions can be moved within networks on demand and scaled up and down as needed, without the delay and cost of installing new hardware devices. In addition, NFV enables fast /low cost feature upgrades resulting in rapid innovation in service offerings (months or quarters instead of years or decades). As with SDN, the NFV architecture is meant to allow separate purchasing decisions for software and hardware.

In this way, the NFV model allows for not only the use of powerful, low cost server hardware but also the ability for operators and enterprises to deploy and/or update services much more quickly and at far lower cost than what occurs in status quo operations. With NFV, the old model of taking weeks or months to upgrade dedicated hardware solutions across a geographically large network becomes a thing of the past. NFV allows for the transition of new systems architecture, enabling new network designs, increasing agility and flexibility.

Although NFV was originally conceived by large service providers, enterprise network operators who are moving some of their workloads to the cloud are also benefiting. Prior to the advent of NFV, workloads that required specialised networking functionality were difficult to implement with high portability. The rise of software-based networking functionality makes it easier to move such workloads between different cloud providers.

Due to the nature of NFV being software based, rapid changes to network configurations become a simple contributor to growth, rather than a stumbling block to innovation. SDN has ignited a long term fundamental change to the network design. It has created a power shift away from the use of entrenched vendors. Customers and smaller, nimble vendors can now do network design at many levels that were previously version locked.

Ultimately, both SDN and NFV provide businesses and operators with more choice over the technologies they wish to implement, increasing agility and in turn being a catalyst for business growth.

The author of this blog is Curt Beckmann, chief technology architect, EMEA, Brocade.