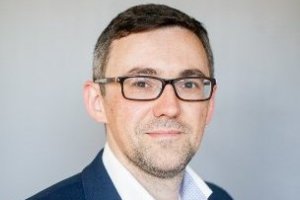 So, hurrah then, at last the EU has announced a deal to scrap mobile roaming charges across 28 member states by mid 2017. And farewell, then, to that gut-churning bill we’ve all had – where you forgot to turn roaming off. But it will also mean goodbye to some faithful friends who have stood by us in the lean, dark times of what future generations will call the Data Roaming Charges Era circa 2007 – 2016.

This change of heart could be called disruptive legislation. And it will create huge opportunity for some and murder others who failed to see the writing on the wall, says Dmitry Bagrov, managing director UK of global technology consulting firm DataArt.

Currently, as anyone who travels around Europe knows, most mobile operators charge extra fees for use of Internet services when travelling in the EU except the country that the phone is registered in. These prices can be hair-raisingly high and have always seemed to run contrary to the EU’s freedom of movement principle.

Generally, my guess is we’ve all had one big shocker bill at some point. And thereafter have sworn off our mobile phones while abroad in Europe.  They become, when we are travelling in Europe, objects not of usefulness but of fear and loathing.

So, what will be available to the consumer for free in 2017 that they currently have to pay for?  And who will lose out?

We all need it, we all use it, and now we can all have it wherever we are. Navigating with Google maps is very handy but it comes with one problem – maps are (mostly) only accessible if you have data connection. But, with this announcement get ready to say goodbye to the likes of TomTom and Navigon, which provide navigation services that don’t require data connection. Prepare for your Satnav to become redundant as you make the effortless transition to simply using your phone.

Spare a thought for companies already providing a data-connection-free service who will lose out as they face competition from conglomerate powerhouses such as Google and Apple. The consumer victory is huge. Opportunity will be created for many newcomers to devise new ways of reaching the consumer.

This is the big one. The game-changer. Many people use Google Now and Siri on a daily basis. From finding the nearest coffee shop to checking in at a restaurant or airport, these services are well utilised. Now consider having the capability to use these apps when you are in Oslo, Prague or Venice, and need to find a coffee shop, but language barriers restrict you from asking passers-by. The consumer no longer has to deal with such worries as they can now use their location-based services without fretting about the charges they’ll have waiting for them when they get home.

Losers: Possibly some chains – people can be served with alternative suggestions, shops/food outlets that rely solely on signage.

Voice control systems such as Siri and Cortana help so many of us organise our lives on a daily basis. Where do they fall short? They need data connection to work. Imagine travelling to Milan on a business trip for a week and not having to update your data plan in order to manage your itinerary. The very same digital aid that so often came to your rescue back home can now travel with you anywhere in Europe.

These are just some of the immediate results that the consumer can look forward to. I expect the likes of Expedia to make a conscious effort to sell the consumer additional features (they have your trip itinerary after all, and now can encourage the consumer to use more of their services). Pre-recorded audio guides will become extinct, why would you ever have the need to pre-download something when you are now able to immediately stream from anywhere in Europe?

By and large the data roaming deal is a victory for the consumer. It means that many more apps will be freely available throughout Europe, and with the competition of services set to increase – expect prices to tumble. The future looks bright.

Bonus winner: All of us.

Bonus loser: All of us. The downside to all of this? Work emails will always travel with you. Unfortunately you can’t have everything.