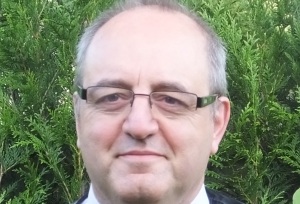 EU parliamentary ruling states that each carrier is to treat each Bit with the same priority. How can operators deal with the increased complexity that this will bring to the network operations/management?

On the 27th of October the European Parliament adopted the Telecoms Single Market (TSM) Regulation which includes new rules to safeguard open internet access in the European Union. It also imposes an obligation on ISPs to ensure all internet traffic is treated equally therefore guaranteeing net neutrality – where traffic is not slowed down or priced differently because of either content or origin, says Dr Jay Perrett, chief technology officer, Aria Networks.

Many high profile technology companies, and individuals, have long called for the adoption of net neutrality with the inventor of the world-wide-web, Tim Berners-Lee, saying that “net neutrality is essential to the idea of the web.” But for a carrier no longer being allowed to differentiate the urgency of delivery associated with some data, managing a network efficiently becomes very troublesome. For the CIO with an eye on the bottom line the key issue is getting the most from the current infrastructure, without risking a service outage. As demand for data continues to outstrip revenue growth, network managers no longer have the luxury of paying for extra network capacity that is never utilised fully because it has been built for resilience. With Net Neutrality they will be unable to charge more to prioritise certain customers’ data over others, further squeezing margins.

Across a complex network, with thousands of routers the number of potential traffic scenarios is almost infinite. What if a router breaks? How do networks balance the increasing demand for video against other data? What time of day is the optimal time to back up? And when considering traffic decisions, or switching hardware or software usage level in nanoseconds, human intervention simply takes too long – automation is the only way. Even an army of engineers would inevitably get nowhere. It is important to note that human interaction is very much still required in order to clearly define the objective to which a network, and its exposed services, must operate.

Using software and applications to predict demand, model future network requirements and assess likely potential failures, enables service providers to ensure critical network planning is completed and it is here that Artificial Intelligence (AI) comes into its own. AI enables networks to consider multiple different (and even conflicting) network objectives, such as speed of delivery, cost of routing and response to hardware failure across billions of different data routes and find the most optimal solution in seconds.

AI brings other benefits to the operator such as: better optimisation of resources; more predictable current and future investment and the ability to confidently provide service level agreements to customers.

When networks finally have superior levels of intelligence embedded in them, transforming the role of a human network designer/operator to one that not only operates dynamically but also at the high speeds demanded of it, then a significant shift in network management can occur meaning net neutrality becomes less challenging to deliver.