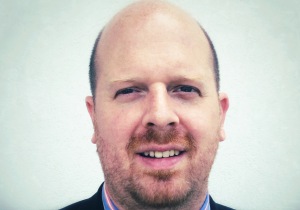 It’s been three years since the ETSI Industry Specification Group for NFV was formed. This is also an anniversary for us at Colt as we went live with our provider-edge based virtual CPE architecture in 2012. Three years down the line it’s time to reflect on what needs to happen next to see more NFV-based use cases and solutions move into production.

There are many reports of successful proof-of-concepts and lab trials, some early-field trials and a limited number of “we are in production” statements. There are a lot of new players out there, and most established vendors already have a SDN/NFV-related solution in their network or OSS portfolio, with quite a few more working groups, initiatives and software projects underway, says Nicolas Fischbach, director- Strategy, Architecture and Innovation, Colt Technology Services.

This is pretty much as expected, and there will be consolidation in many areas. In parallel many Service Providers have progressed with their thinking and plans, as a result a number of domains that were given less visibility or consideration in the early days are becoming core to the discussion: OSS, Open Source, DevOps, Release engineering and UX, to name a few.

While most NFV business cases are built on a combination of CAPEX/OPEX savings as well as revenue (new and protection) quite often they aren’t as easy to defend as most would think, especially for the non-core use cases. The fact that NFV requires considerable upfront investment due to the technology shift, TCO models and commercial terms that are still not that mature, a lot of integration work, OSS/BSS redesign and significant change in processes/organisation structure mean that the risk of them being put back on the shelf is high.

The next version of these business cases will be driven much more by creating a better digital customer experience with a significant shift in the development approach, involving adoption of Open Source components to complement COTS solutions (or vice-versa), integration with the existing systems stack and processes while following or implementing a more agile, DevOps-type model (and all the consequences this has on financial planning and procurement for example).

This will also force modularity, “openness” and interoperability to the forefront of solution development in contrast to the more traditional systems integrator “go and build it” model we see today, with a more agile,  “trial and error”, approach being used, which is not common in the industry. The end-to-end customer journey is helping to re-think the OSS and BSS stack beyond the original view that “SDN and NFV are just technology refreshes”, with little impact on the systems stack. It’s actually an opportunity to do it right, and we start to see much more consensus in the industry on what the right approach is: independent domains with centralised service choreography and abstraction layers, especially around the legacy systems stack. Making the right choice between a legacy systems stack or a newer approach is probably what will make or break SDN and NFV.

The author of this blog is Nicolas Fischbach, director- Strategy, Architecture and Innovation, Colt Technology Services.