Nine out of ten UK cloud strategies get derailed 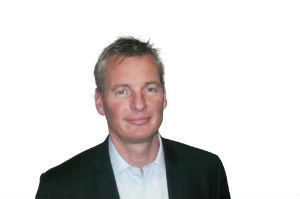 Nine out of ten UK organisations moving to the cloud are held back by hindering delays and diversions, according to new research by UK cloud services provider Redcentric. Cost-cutting, changing business objectives and new management are just some of the prime factors forcing IT managers to rethink their cloud strategy.

Around half of the 200 UK IT managers surveyed by Vanson Bourne claim that cloud delays had had a noticeable or significant impact, which could have long-term detrimental effects on the organisation’s productivity. Around three-quarters of respondents noted that they received conflicting advice on moving to the cloud and over a third were significantly affected as a result. This suggests that the need to change cloud direction could be driven by a poor standard of service and guidance from specialists.

The top three cloud diversions are:

The top three cloud delays are:

The four biggest concerns that IT managers have if their cloud approach goes off course are:

Business downtime as the biggest concern of a diverted cloud journey reflects that organisations fear a disrupted IT environment, leading to a lack of productivity and business performance.

Over half of respondents report on having to revert back to previous systems when rolling out a cloud strategy, or getting lost on the journey by losing sight of the planned destination, suggesting that many organisations implement a cloud strategy without having carried out careful planning. Positively however, over half claim that their cloud strategy was implemented as planned and in fact exceeded what was intended, showing that some organisations benefit from the full effects of cloud under careful planning.

Andy Mills, group sales director, Redcentric, said: “Moving to cloud services is a critical step for an organisation and the potential obstacles that stand in the way must be carefully factored. The fact that such a high number of organisations are faced with diversions in their journey to the cloud demonstrates the need for rigorous planning and expert advice to ensure that the solution is tailored to the business’ needs. You won’t identify the cloud solution that’s right for you without people across the organisation communicating what they require from it.”

The survey was carried out in spring 2015 by technology market research company Vanson Bourne, on behalf of Redcentric. Interviews were conducted with 200 IT decision makers from the public and private sector.