Service provider IT software enters its next phase of evolution 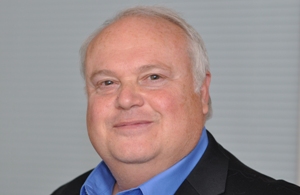 When I joined Bell Labs in the late 1970s, we had just completed the first round of Business Support Systems and Operations Support Systems (BSS/OSS), based on the mini-computer and mainframe IT technologies, respectively. We spent our time finding jobs in the CSPs that could be either “mechanised,” augmenting a human’s work much as an assistant would, or “automated,” replacing the work of a particular human doing a particular job.

We would use programs written in a language that came from the CSP community – “C” and later, the object-oriented “C++” and an operating system, UNIX. We pushed the boundaries of what the IT hardware could accomplish and built our own programs to interface the computers together for file sharing, says Mark H Mortensen, research director, Communications Software, Analysys Mason

By the 1990s we were using the latest in IT technology: software busses, data storage and networking techniques, and standard process control software as we started to hook up the islands of automation into end-to-end automated processes. These, unfortunately, often followed the “reverse 80/20 rule” of automation – when you automate 80% of a process, you only gain about 20% of the benefits of full automation. But they still allowed CSPs to decrease their costs for decades.

After the turn of the century, we used the new reusable architectures of the open-source J2EE and proprietary Microsoft .NET technologies, along with the Service Oriented Architecture (SOA) interfacing techniques. These allowed us to integrate nearly the entire CSP enterprise, from customer care to service fulfilment to billing to enterprise resource management. And this is still going on today as vendors create, and CSPs implement, larger and larger “footprints” of multiple pre-integrated systems to automate the enterprise. These are, increasingly, well beyond the 80% automation level, bringing unprecedented efficiency to CSPs’ operations. But they also have allowed processes to be speeded up tremendously, giving more service agility to CSPs as they explored double, triple, and quad-play packages. These bundles also have increased average revenue per user and increased loyalty to CSPs, continuing to fuel the profitability and growth of the industry.

Now, in the latter half of the 2010s, the leading edge of software technology is being driven by a new master – the enterprises who have fully embraced the internet way of doing things, becoming “Digital Providers” (DPs) of goods and services. These DPs interact with their customers in new ways, gathering tremendous data on their customers, their suppliers, and their own operations. How? By using the new techniques of big data analytics, embodied in open source software that they integrate into the heart of their operations. CSPs have always been very data-rich about their operations (although relatively ignorant of their customers’ wants and needs) – but these DPs operate on an entirely new level with near-real time information and customisation that comes close to realising the dream of “markets of one.” They are connecting with their customers in profound ways.

Two new technologies are poised to make major impacts on the operations of CSPs and their IT systems – cognizant computing, which will include deep search capability and enhanced predictive analytics. These new capabilities will enable CSPs to understand quickly and effectively what is going on in their operations now and in the near future, and allow them to tune their operations to the needs and wants of particular customers in near-real time. When combined with the new techniques of virtualisation of both the network and the IT systems, it will allow new, and more, capabilities and capacity to be brought on-line quickly and effectively – and decommissioned just as easily – to match the needs of the customer now. This will become more important as the CSPs move beyond their current bundles of services into “Superbundles” that include tens of services, many provided by third parties.

I have often said that I’ve been in this business for nearly 40 years and have not been bored for more than five minutes. We are all in for an interesting time ahead of us.