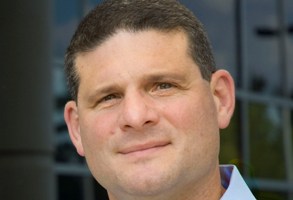 Consumers continue to demand more-personalised and sophisticated digital services, and their communications service providers (CSPs) are creating more-innovative data plans in response. The result: a massive increase in LTE Diameter signaling traffic. In the “Oracle Communications LTE Diameter Signaling Index, Fourth Edition” released, Oracle forecasts that LTE Diameter signaling traffic will grow at a compound annual growth rate (CAGR) of 68% in the next five years, from 30 million messages per second (MPS) in 2014 to 395 million MPS by 2019.

The data in the index can help CSP engineers, network planners, and executives better understand Diameter signaling trends and the potential impact on their networks, enabling them to plan network capacity more effectively in Diameter implementations.

“As CSPs continue implementing LTE networks, they must effectively manage the resulting Diameter signaling traffic in capacity planning. Ignore it, and CSPs risk network outages or overprovisioning. With the massive growth that Oracle is forecasting in its ‘Oracle Communications LTE Diameter Signaling Index,’ CSPs should focus on implementing a Diameter signaling infrastructure that is scalable and reliable to cost-effectively control and route signaling traffic,” said Greg Collins, founder and principal analyst, Exact Ventures.

The fourth edition of the index evaluates Diameter signaling traffic trends in four application areas and five geographical regions from 2014 through 2019. Highlights include:

The index also identifies trends that will impact the future of Diameter signaling—and the most important one to watch is the migration to the cloud:

“LTE innovation is still in the early stages, but it is gaining momentum. And we’re looking beyond today’s LTE—NFV is developing, creating a very attractive cloud-based LTE opportunity. The time for CSPs to plan for Diameter signaling growth is now,” said Doug Suriano, senior vice president and general manager, Oracle Communications.