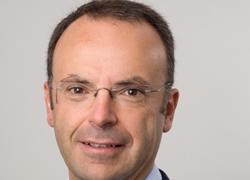 The outlook for Europe’s telecoms service industry has changed to stable from negative as the companies revenues are expected to grow by 1%-2% in the next 12-18 months as customers increase their demand for broadband and are able to spend more, says Moody’s Investors Service in a report.

“Increasing demand for broadband, improved consumer spending capacity and a change in focus from price competition to service quality leading to price increases will underpin European telecommunications service providers return to revenue growth in 2016,” says Carlos Winzer, a Moody’s analyst and author of the report. Many companies are already offering premium packages and charging a premium for these services, including Telefónica S.A. (Baa2 stable), which reported domestic average revenue per user (ARPU) of €71.80 per month in the second quarter of 2015, up from €68.80/month in the first quarter. In Germany, Moody’s expects positive ARPU for Deutsche Telekom AG (Baa1 stable) thanks to recently increased data allowances and speed increases for premium clients.

While the outlook for African, Middle East and Turkish telecom markets is stable, negative pressure on revenue growth could build in some commodity-driven markets where GDP growth is slowing, including Kuwait, Oman, Qatar and the United Arab Emirates and countries like Nigeria in Africa.

Moody’s expects Telecoms M&A to be limited to strengthening existing footprints in a bid to enhance mobile/fixed convergence, rather than making large debt-funded acquisitions that would put pressure on leverage and potentially create negative pressure on companies’ rating.