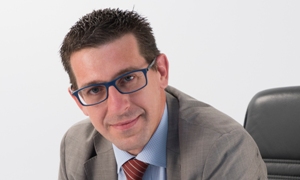 As physical networks become crowded, the use of virtualised infrastructures has provided operators and users with a number of benefits. Here many functionalities are now implemented without requiring specific hardware components, allowing for automated workflows and more bandwidth for demanding services such as Over-the-top content (OTT) platforms.

But while the benefits provided by virtualisation (namely Network Functions Virtualisation (NFV) and Software-Defined Networking (SDN)) are clear to see, many challenges still exist between where the technologies are today and widespread adoption.

Perhaps the most important obstacle yet to be overcome is interoperability, with many systems being developed in isolation and therefore not designed to complement each other. This is hindering further take-up of the technologies because operators are used to being able to pick and choose different vendors for different parts of the network, according to different company’s specialties. Collaboration and standardisation of NFV and SDN is therefore vital if the technologies are to become commonplace in networks and their benefits more wide-reaching.

The story so far

Despite the current lack of standardisation, there is cause for optimism. Deployments of proprietary NFV and SDN solutions have taken place, with a number of operators upgrading either part of or their entire network in order to realise new services. Vodafone Germany, for example, implemented Vodafone’s “Telco Over Cloud” strategy earlier this year. This project, which we supported via a partnership with worldwide IT leader Cisco, involved a large network evolution program, including NFV and SDN technologies. The result offers next-generation parity features in terms of user, network and regulatory services, as well as invariance of OSS/BSS processes. With early adoptions like this one, best practice can be developed and eventually translated into industry-wide guidelines.

Even more encouragement can be found from predictions being made about the technologies. Infonetics Research, for example, forecasts that global carrier SDN and NFV hardware and software will grow from less than US$ 500 million in 2013 to more than US$ 11 billion by 2018.

Helping to reach that destination is the implementation of Virtualised Network Functions (VNFs), which take advantage of cloud-oriented software architecture and cloud design patterns. Many operators are beginning to look to install these within their networks in a bid to ensure a smooth transition to a fully virtualised system. In response to this demand, Italtel, along with other vendors, is refactoring existing network products to include VNFs. Operating on both the control and user plane, these are now implemented on the NetMatch Session Border Controller (SBC), IMS Core Suite and Embrace, a WebRTC solution introduced last year. This enables us to give an equivalent performance to physical network functions, while newly installed network solutions, based on Voice over Long-Term Evolution(VoLTE), Voice over Wi-Fi solutions(VoWiFi) and Web Real-Time Communication(WebRTC) technologies, provide multimedia services which guarantee high throughput, high reliability and security.