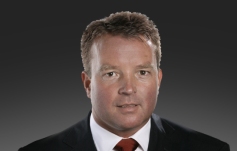 Synchronoss Technologies has been chosen by Vietnamese mobile operator Mobifone to deploy a wide range of Synchronoss services and systems with an estimated total contract value to exceed US$80 million over the next three years and will generate a significant return for both Mobifone and Synchronoss in this rapidly growing market.

It is anticipated that Mobifone will launch the new Synchronoss-powered services to subscribers in Vietnam early in the new year, for use on the Apple iPhone and all popular Android devices. In addition, Mobifone will use the Synchronoss Network Activation solution as both an order gateway and analytics source to optimise the operations and financial performance of both the domestic and international roaming services with immediate effect.

The Vietnamese mobile market is one of the most dynamic and fast-growing in the Asia Pacific region. According to a June 2015 report from the General Statistics Office of Vietnam, the country has 136.9 million mobile subscriptions, including 29.1 million 3G subscriptions – a year-on-year increase of 29.6%. According to international research firm IDC, Vietnam is the fastest growing smartphone market in Southeast Asia, and smartphone sales will continue to increase for at least the next five years. As of the end of the first quarter of 2015, Mobifone had 42 million subscribers, reports GSMA Intelligence.

Cao Duy Hai, the general director of Mobifone, said: “In line with Mobifone’s strategic vision for 2015-2020 of being a pioneer in the development of the Vietnamese Posts and Telecommunications sector, Mobifone is pleased to sign a master services agreement with Synchronoss to optimise operations and to launch a branded personal cloud solution in early 2016, as a bridge to connect with the customers and thereby deploying television, retail and multimedia applications.”

Chris Halbard, the executive vice president and president international at Synchronoss, added: “The digitisation of a high-growth, developing market like Vietnam represents an exciting opportunity for Synchronoss. A large number of young and well educated subscribers are adopting smartphones for the first time courtesy of low-cost data plans. These consumers want and expect to access their own content and the latest mobile services on the device of their choice. We’re thrilled to be working with Mobifone and our regional service and distribution partner PostNet.”

The Synchronoss Personal Cloud technology is used by CSPs including AT&T, Verizon, Vodafone, Orange and Singtel, to offer subscribers a branded solution to automatically back-up, synchronise, store and protect all their personal contacts, content and data for accessing across a range of different devices.