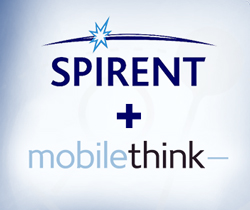 With 10-20% of mobile devices coming into a network being cloned or counterfeit mobiles, Mobilethink‘s automatic device detection and upsell solution is now must-have technology for African carriers to generate revenues from potentially banned smartphones; solution will be showcased at AfricaCom 2015 in Cape Town in November

Spirent Communications device intelligence business unit Mobilethink today announces that it will use AfricaCom 2015 as the springboard to show African carriers how to end the current cloned device nightmare on their networks and to either block or engage with users.

African governments have growing concerns about cloned and counterfeit devices due to parallel import, hazardous materials and to safeguard mobile payment systems. According to the Communications Commission of Kenya (CCK) sub-standard components are often used in manufacturing cloned devices which have not been put through safety checks and might emit higher than recommended radiation levels.

Some countries such as Kenya and Nigeria have introduced legislation ordering carriers to trace and block cloned and counterfeit devices.

However, sudden blocking of masses of devices might lead the phone owner into danger or cause inconvenience. Also carriers suffer economically as the sudden shut down of the device imposes a significant churn threat and discontinuity in revenue and since these devices may form 10-20% of an operator’s device base, the financial impact could be substantial.

Mobilethink’s device intelligence solution provides tools for carriers to have a managed way to phase out cloned devices so that consumer’s rights are considered and carrier’s revenue is not reduced, but improved.

Approximately 80% of the world’s forward smartphone growth will come from developing markets, notably Africa, Pacific Asia and the Middle East. In Africa, there are currently 650 million unique mobile subscribers, and the market is growing at a compound annual growth rate of 7% each year.

Roughly 20%, or 150 million Africans, are smartphone users and uptake from today’s 23% market penetration will increase to 55% by 2020, bringing a further 350 million new smartphone users into the market. Over this period, more than 52 million smartphones coming into African networks will be fake and if banned could cost African carriers a cumulative loss of around US$6 billion based on 10 million new users coming into networks each year with an average revenue per user (ARPU) of US$10 per month.

For mobile operators, the vast growth of smartphone subscriptions presents tremendous revenue opportunities with smartphone users being known to generate higher ARPU compared to feature phone users, so the potential loss in banning invalid devices could be far higher than US$6 billion.

The Mobilethink Device Management solution features a unique live International Mobile Station Equipment Identity (IMEI) pattern detection mechanism for differentiated handling of the activation of cloned and counterfeit devices. When blocking a particular harmful type of cloned device, an operator can at the same time allow services for another kind of cloned device type for a limited period of a time if the customer agrees to return the cloned device in exchange for an original smartphone product. This device upsell opportunity is realised with an automated customer engagement message delivered in real-time to the owner of the cloned device. Additionally, Mobilethink’s Device Management solution contains a algorithm for detecting and configuring up to 80% of cloned and counterfeit devices in the market and this unique functionality is instrumental for operators to monetise the large and growing market segment of fake phones.