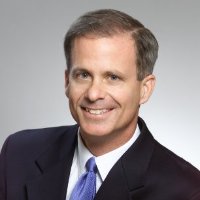 Independent research commissioned by Openwave Mobility has found that poor mobile video streaming is an even bigger headache than a dropped call for iPhone users.

Over 2,000 iPhone users in the UK and US were interviewed ahead of the new iPhone launch on 9th September to study people’s mobile video habits. With mobile video growing at a phenomenal rate, iPhone users’ tolerance to video-buffering is rapidly disappearing. Over half (59%) of subscribers in both countries will abandon streaming a mobile video if they have to wait longer than 15 seconds. The British and American survey which was conducted by research agency Censuswide, found that nearly a fifth (19%) will abandon a video after only a 5 second wait.

With another large screen iPhone in the offing, subscribers are coming to expect seamless quality in the delivery of content and in particular video. In both countries almost 1/3 of subscribers (31%) expressed a strong view that video buffering is simply unacceptable, and video delivery by mobile operators is lagging behind the latest handset technology that is driving the industry forward.

The growing importance of Snapchat, Vine and Instagram to a younger audience was also confirmed in the survey with Millennials predictably unwilling to wait for short-form video content to load. For their parents, the Baby Boomer generation, it was the reverse. Long form video was more important to them as they catch up on the previous night’s television or an episode of their favorite series on their iPhone, and this, older generation also exercised more patience.

A similar figure in both geos, 39%, said they would pay extra dollars if the operator could only provide some assurance on the quality of video delivery. And, most telling of all, when it came to the blame game the study found that 1 in 2 customers blame the carrier for poor mobile video service and 1 in 3 blame Apple. Notably almost nobody blames the content providers or the Over The Top (OTT) players. Joe Hoffman, VP Strategic Technology at ABI Research added: “Mobile operators should take Openwave Mobility’s findings seriously. Our research shows that 70% of operators worldwide do not have a coherent web and video optimisation strategy. If just one-third of operators implemented solutions such as Openwave Mobility’s, then the combined effect over the next five years from churn and CapEx reduction with ARPU elevation would move the needle US$ 30 billion into the black.”