Is BYOD the beginning of the end for Subsidised Mobile Phones? 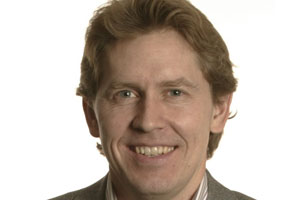 Carriers and virtual carriers in most regions have experienced steady erosion in ARPU since 2010 according to analysts Strategy Analytics. Despite a collective $700 billion investment in infrastructure over the past ten years, revenue growth has been almost flat since 2007.

Subscriber acquisition and retention costs (SAC/SRC) take 27% of a Western European operator’s operational expenses (OPEX). Out of that, 69% goes to device subsidies and can take as much as 19% of a typical operator’s OPEX. Forward profitability is therefore threatened due to combined flat revenue and increasing subsidy costs.

Today, when seeking OPEX savings and higher profitability, device subsidies are gradually being replaced with other kinds of customer acquisition tools such as device finance, cashback and extended contract lengths. But the biggest route to profitability growth for carriers is capturing the growing number of BYOD users. For carriers, success in winning this segment of the market is the number one initiative that could ultimately lead to the end for subsidised phones.

Current subscriber acquisition cost (SAC) business models would no longer be applicable by attracting BYOD users into a network, leading to lower SAC per user. If BYOD becomes mainstream, high street network shops would no longer need to have massive stocks of devices at the point-of-sale thereby reducing logistics and warranty handling costs.

Today, the drive towards capturing more BYOD users in a carrier fleet is accelerating. In August 2015, Verizon Wireless introduced a new set of data plans that requires customers to pay for their smartphone in monthly instalments or buy it outright. This represents a radical change in how Verizon operates and signals a broader shift away from smartphone subsidies and service contracts.

Customers are increasingly paying for their devices in exchange for lower service fees – a trend started by T-Mobile two years ago. The change has resulted in heightened awareness of their smartphone and service costs.

Telefonica also decided to remove handset subsidies, but that came with a short term sacrifice. Its revenues from handsets in Spain, for example, halved between January and September 2012 to EUR149 million while its mobile data revenues dropped by EUR13 million over the same period to EUR400 million. Yet, despite this short term hit, the operator’s OIBDA margin increased from 42.8% in Q1 2012 to 47.5% in Q3 2012 as its recurring mobile revenues increased by 4.8% between January and September 2012 to EUR1.4 billion.

However, attracting BYOD users to a network is not without its problems. The more BYOD users, the less control the operator has over the device fleet. This poses three main challenges to carriers:

Simply put, a carrier looking to drive profitability through BYOD has to solve the challenges of losing control over the device fleet or the benefits will be offset by slow customer on-boarding, reduced customer satisfaction and increased customer care costs.

With diminishing control over the device fleet, the importance of accurate and up-to-date device intelligence becomes the single most important requirement for device management, customer engagement and device support solutions.

The higher the device detection accuracy in whatever device management solution, the more efficient and smooth on-boarding of highly-profitable BYOD customers becomes.

In BYOD, device intelligence accuracy has the most direct revenue impact in an operators’ real-time customer engagement process. It is of the utmost importance to accurately detect device models and combine that with precise device capability specifications and subscriber profile to increase the relevancy of promotional engagement messages.

The only solution answering BYOD challenges is Spirent’s device intelligence business unit Mobilethink, which runs a unique in-house device intelligence development process. Today, Mobilethink has the largest database of verified device detection data, device capability specifications with over 150 data points per device and intuitive how-to-use guides for 98% of the devices in actual use.

Through test agreements with over 100 device manufacturers, Mobilethink develops and certifies OTA settings for practically all commonly used devices before they are launched. On an average day, Mobilethink adds three devices to its device database, providing its mobile operator customers the highest device database update frequency on the market.

Mobilethink’s Device Management solution also contains a unique algorithm for detecting and configuring up to 80% of GSMA unapproved devices … a rapidly growing smartphone segment of the market in many fast growth markets such as Africa and the Middle East.

In a nutshell, due to the growing share of BYOD subscriptions in a network, having accurate and up-to-date device intelligence data and settings are becoming more important than ever before. Once Mobilethink-enabled, MNOs and MVNOs need no longer be concerned about the problems or support costs associated with attracting BYOD users to a network. The user will be online in a handful of seconds generating highly profitable data revenues.

Lars Houbak, general manager of Mobilethink, comments: “BYOD users bring a breath of fresh air to wireless operators in all regions and every effort must be made to encourage growth in this segment of the market. If the era of subsidised phones can be brought to an end, the benefits for carriers and virtual carriers will be substantial and will significantly lower OPEX costs.”