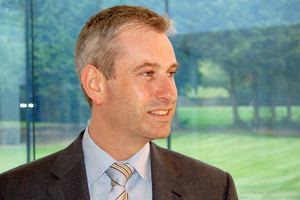 Improving efficiency and productivity in the workplace continues to be high on the agenda for businesses, especially with rise of the mobile workforce. Businesses strive to create a working environment where employees are motivated and engaged, where interaction and collaboration takes place, but mostly importantly, one where they understand their contribution.

For decades, organisations have struggled to quantify the exact contribution of employee engagement to the bottom line– until now. A study carried out by IBM subsidiary, Kenexa in 2012, showed that poor employee engagement in the UK is costing our economy as much as £26 billion a year. The study showed that nearly a third of employees feel disengaged from their profession. This disengagement is proven to result in a lack of creativity and effort, which can lead to many employees working in a ‘zombie-like’ state until it is once again time to head home.
However, this isn’t the only surprise. Kenexa’s study confirms what other research has indicated: that the UK lags behind its neighbours in this area. UK employee engagement stands at a meagre 57%, whereas the global average is 60%. Some countries, such as those in Latin America, boast engagement figures as high as 74%.

So what action do businesses need take to empower and encourage their employees? Internal social media-like platforms such as Yammer and Jive are becoming a common way for businesses to encourage employees to interact. It could be used for initiatives such as internal award nominations, such as employee of the month. It would also be a useful and effective way for co-workers to share information or company news easily.
Technology can be used to create a visible culture of recognition within the business, which in turn can boost employee engagement, as well as help businesses to motivate and retain staff. Ultimately, this will help to improve their competitiveness and bottom line.