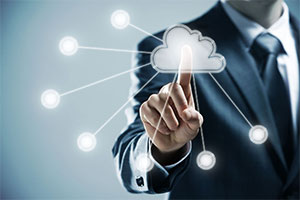 The era of internet wide area networks (WAN) is coming.  With greater quality, availability and speed of broadband connections making it possible to use the internet for business services, companies are now able to find an alternative to the high cost and limitations of Multiprotocol Label Switching (MPLS) networks.

Despite the benefits – including reduced costs, increased visibility and improved performance – traditional network operators have been reluctant to invest in the new WAN model.

Network operators have historically moved slowly into new markets that might be perceived as a threat to their business model. In the case of internet WANs, however, it is critical that network operators move – and move fast – if they want to benefit from this enterprise WAN evolution and avoid being left behind.

More than three decades ago, the WAN was simply made up of leased-line circuits that provided point-to-point connectiv­ity. Then frame relay was developed to support larger hub-and-spoke enterprise environments, providing much more simplified branch-to-data centre connectivity.  In more recent years, however, the WAN has been defined by the use of MPLS technology delivered by telecommunications providers.

While MPLS provided enterprises with a stable, high-performance and highly-scalable means of more easily interconnecting multiple data centres and offices, it was – and continues to be – expensive.  Businesses are tired of paying the high costs associated with MPLS and are looking for an alternative.  Lower-cost internet connectivity has been available, but it has lacked scale, reliability and security.

With more applications offered on-demand via the internet and cloud, there is also a distinct need for enterprises to operate at ‘cloud speed’.  To operate at this pace, organisations are faced with the challenges of improving the responsiveness and agility of the business and the network, reducing costs of the network, and providing better support and performance of all applications.

Indeed, there is an overarching need for businesses to increase their responsiveness and agility.  With MPLS, if a new office needs to be opened, a branch office needs to be relocated, or IT resources need to be moved, the process to add, move or change takes too long and is often too disruptive to the business.  MPLS also does not accommodate new methods of automation and typically requires on-site IT expertise and configuration of networking equipment.

The rise of internet WANs

Enterprises can now, however, flexibly and securely connect users to applications via the most cost-effective source of connectivity available by deploying an internet WAN, often referred to as a software-defined WAN (SD-WAN). An internet WAN is a virtual network overlay that enables enterprises to augment or replace MPLS networks with secure broadband internet connectivity.

Critical for network operators is that internet WANs require multiple paths to intelligently route applications over the network.  Having multiple paths means companies can easily direct real-time traffic, such as voice of video, towards the connection with the least packet loss or latency. Ultimately, as MPLS upgrades arise, businesses will begin exploring lower-cost broadband internet services as an alternative path for connecting to users to their applications.  As the new WAN model begins to take hold, it will be up to the network operators to grasp it with two hands – otherwise they may find themselves looking from the outside in.

By Mike Hemes, VP of EMEA sales at Silver Peak