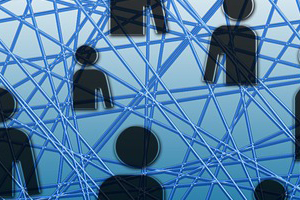 Network optimisation is now more important than ever before but applying artificial intelligence to the challenge offers network operators and users the opportunity to perform fast analysis to achieve optimal routing, traffic modelling, failure analysis and network utilisation.

As communications service providers (CSPs) and enterprises continue to deal with the massive uptake in network utilisation caused by users’ appetites for data and more bandwidth intensive services, such as video, both are struggling to find ways to optimise their networks and make significant cost savings.

“We’re in a situation where revenues are declining and traffic is increasing across all networks regardless of whether their CSP networks, data centre networks, wide area networks or internet networks,” confirms Steve Newton, the chief executive of Aria Networks, which has developed a portfolio of applications that use artificial intelligence to solve the problem of optimising networks. “That divergence between traffic and revenue is what is driving usage of our technology. The return on [network] assets is now less than the cost of money so they really do need to do more with less.”

Newton highlights that this is not just an issue facing CSPs. If companies such as Facebook, which is an Aria Networks customer, is planning to launch new services it needs to know what network equipment it needs to buy to deliver those services. “We’ve enabled them to optimise their IP and optical technologies and, as a result, make significant savings,” says Newton. “The other thing companies of this type want us to do is enable them to know what to do to optimise their service delivery in the event of a failure. We enable companies to optimise their usage of the internet and their costs.” Apple is another significant over-the-top service provider automating this by deploying Aria Networks applications Newton is keen to point out that Aria Networks’ approach isn’t just suitable for newcomers to operating networks for the web world. “We have customers in the fixed line market such as Level 3 Communications and BT,” he adds. “We’re part of BT’s roll-out of BT TV and at Level 3, we’ve enabled them to increase network load by 44%.”

That 44% increase was achieved by using Aria Networks tools to analyse and understand what level of network redundancy was required. “That 44% increase in utilisation was achieved just as a result of knowing what failure analysis meant,” adds Newton. “Once you know what failure is you can model traffic and routing and re-optimise the network to improve redundancy without increasing costs.”

Aria Networks also works with mobile operators such as Telus in Canada and Newton says the company is about to announce its first enterprise client.

“We’ve patented the use of AI in the optimisation of networks in the data centre, WAN or internet and we use it, along with genetic algorithms to provide the optimal routing paths for the business object that is being addressed,” explains Newton, detailing how Aria Networks is bringing this optimisation capability to market using a series of applications. “The first application, Visualize, is available free and enables the CSP to visualise and super-impose onto another data source such as Google Maps the worst case failure. We then model each failure and identify the impacts of re-routing the traffic.”

“Bulk optimisation is a bit like doing a de-frag of the network but the analysis taking place becomes more complex as you move through the journey to intelligent automation,” adds Newton. “Where it becomes even more compelling, especially with the move towards software defined networks (SDN), is in the services below which are starting to move to automation. Customers will look at network functions and capacity management of network functions and how network functions should be routed.”

Newton gives an example of the capabilities customers are seeking. “We’ve been asked to forecast resources for compute, maintenance and storage for six months per data centre including failure analysis and to provide information regarding manual scaling in and out of assets,” he explains, pointing out the six month timeframe could be a week or a day or a minute if required. “In addition, we’re able to predict the interaction of virtual network functions because of that scaling in and out and are able to sell that prediction. Most of the activity now is proof of concept work but we do have a project that is live.”

“We have the functionality already – this will automate,” confirms Newton. “Auto-heal, autooptimise become reality and you can optimise the service chain and in that environment we sit in the SDN ecosystem taking performance data from companies like JDSU or NetScout and taking requests from controllers made by companies like Cyan or Brocade. Demands from those come in from the controller and we know the performance from the orchestration later and advise what is needed to deliver a service or optimise it.”