Flexibility and agility are NFV’s key benefits, capex and opex savings are a byproduct 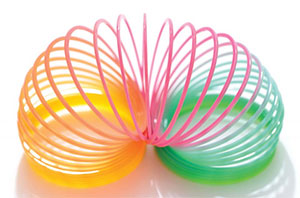 As CSPs grapple with virtualisation deployments, Amdocs’ Angela Logothetis and Justin Paul tell George Malim why next generation OSS is so critical in codifying and managing CSPs’ physical, virtual and hybrid architectures and acting as a bridge between the disciplines of IT and telecoms.

VanillaPlus: The traditional view of the network is bottom up, starting with the hardware. How is that changing to a top down approach that starts with the end user’s experience?

Angela Logothetis: There are traditionally two sides to how organisations work. Network engineers would say SDN or NFV is coming so let’s figure out how to introduce the technologies into our business. Customer experience people would say what innovative and attractive service do those technologies enable us to introduce.

Those two worlds would meet one another in very long and complex processes with reams and reams of paper and procedures that typically result in it taking 18 months to introduce a new product. What communications service providers (CSPs) need to do is bring the two worlds together which is what we can do in OSS to enable both a top down and a bottom up approach.

You have to have a system that is able to translate a product specification into a network specification and we see OSS as the critical layer that brings the customer and the network together. Another key area is around the experience. Typically a CSP would build a very high quality network which is universal and to be shared by everybody. Some CSPs still pride themselves on that and some regulators require it.

CSPs recognize that even though they build the network for everyone, they will sell class of service to some customers. We’re also seeing more business models that are two-way. For example, Netflix traffic must be at a certain bit rate across the network or customers won’t be happy. CSPs won’t prioritise the traffic but they will ensure the network is in place to deliver the service at the bit rate required. This is the job of next generation OSS.

VP: The division between networks and IT is changing as networks move towards the IT domain. How important is it to demonstrate IT skills to CSPs, especially as they embark on their journey to telco cloud? AL: We’re rather uniquely positioned because we have the network capabilities and have worked with network organisations for managing operations in OSS, the control plane and service development platforms (SDP). We are also one of the largest IT vendors in telecoms, along with our managed services capability.

We understand how the network works and how IT in data centres works but the really interesting part with OSS is it’s not just a set of asset software. It’s software that codifies the technology that a CSP has to run its network. That’s where I see real change happening as the network becomes more IT-oriented than it is today.

Justin Paul: If you look at some of the players coming in from the data centre market, they’ll say they know about virtualisation but I’m not sure they understand the differences between IT and telecoms. They are not used to working to the same engineering parameters as CSPs which is essential. That is an operational issue for this type of vendor.

VP: Virtualisation is the next transformation in networks but for the next ten years at least the reality is hybrid, virtual and physical networks and services. What do CSPs need to manage the complexities of hybrid environments?

AL: If it was a completely greenfield environment it would be simpler but still complex for a CSP to set itself up as a virtualised business. CSPs have a lot of capex sitting in the ground in the form of their traditional network equipment and it is not going to go away. CSPs are going to sweat those assets for as long as possible.

Therefore introduction of virtualisation is about finding opportunities where CSPs will get the most benefit and also enable interoperability of virtual and physical assets. Virtualised assets will operate totally differently to physical assets.

For example, if you think about enterprise customer premise equipment (CPE), it has to go into the enterprise’s building today as physical CPE. However, if it’s virtual where do you put it? In data centre A or B, in server blade C or D? It becomes a complex decision and you have alternatives that mean something and have an impact. Making sure you are making the right decisions and how they are going to join up is absolutely key.

VP: NFV and SDN are forcing OSS to change but is this a revolution or more of an evolution?

AL: People want to roll-out NFV because it increases the agility of the network while SDN increases configurability. There are strong business cases driving these technologies but if you put the virtualised equipment into the network and nothing else changes you don’t get the benefits in service functions. All you get is a flexible, configurable network that no one can use.

To get the full benefits of NFV and SDN you have to have next generation OSS. The trick is how do you get that and no one wants yet another set of systems.

Hundreds of millions have already been invested so CSPs want a scenario in which current systems run 90% of the network with 10% virtualised initially. Therefore we need systems that are able to evolve from the traditional to virtual world.

JP: From talking to some of CSPs’ operations people it’s clear that the full capabilities of NFV scare them significantly because of the potential risks of untried technology. The ideal of fully automated networks is quite frightening and it is going to take time for them to understand the technology and make changes to the organisation. There are a lot of operational questions for CSPs to address.

VP: Openness is a key characteristic of next generation OSS to ensure that service providers can avoid vendor lock-in. What vendor attributes should CSPs be looking for?

AL: The need for openness is both horizontal and vertical. From a horizontal perspective there are few CSPs with a single vendor network. CSPs want their operations layer to manage multi-technology, multivendor environments to avoid lock-in so they need openness so people and systems can work across multiple vendors. Amdocs is one of the few vendors that can say it is independent of a CSP’s network equipment vendors.

Looking vertically, increasingly we’re seeing larger vendors saying they can give CSPs a completely vertical solution for virtualisation from server blades to hypervisors, to cloud, to virtual network functions, the virtual network functions manager, the element manager and the orchestration system. They are trying to sell a complete virtualisation stack but that completely destroys the proposition of moving to an IT world which should be composed of commodity hardware.

Network equipment vendors are coming from the world of tightly coupled network elements. We say you can use anybody’s hardware, anybody’s hypervisor and so on and we’ll bring it together.

JP: Network equipment providers have a long history of using proprietary capabilities to lock CSPs in to them. It’s contrary to NFV but the tendency is there to say that if you have our virtual network functions and orchestration system we’ll give you proprietary functions that no one else has. That has to be resisted by the industry.

We have our own virtual network functions, particularly in the policy plane, and we’ve demonstrated we can work our orchestration with our virtual PCRF (policy and charging rules function) but we are not saying we have something proprietary. We can work equally well with a third party PCRF.

VP: Efficient operations and rapid time to market demand that processes are catalogue-driven. Do OSS and BSS need to be driven from a single central catalogue for both traditional and virtual networks?

AL: We see the catalogue as a single place where everything about the CSP comes together enabling a top down customer view and a bottom up network view. However, there is more to it than that. It’s very much about not only cataloguing of parts buts also why those parts work in the CSP’s business, processes, engineering and fulfillment. That’s what’s really giving the agility and it will be increasingly important in the future network.

VP: To achieve lean operations next generation OSS must monitor, evaluate and change the network in response to planned and unplanned events. To what extent is assurance the key and must both data and processes be real-time? JP: NFV and SDN are the catalysts forcing OSS to change. OSS has survived until now without having to make any radical changes but with NFV you have to have a system that is much more tightly coupled to virtual components, that has to be aware of what is happening in the network. There are planned events, such as peak usage times, where your virtualised functions spin up and it’s important to do that in realtime because things can change.

There are also unplanned events – security is a good example because it requires a much faster reaction than people can make. Security services are edge services and spin up in response to demand with relatively little impact on core services. Next generation OSS therefore needs real-time capability because of the dynamic nature of the network.

VP: Business agility can be achieved through agile operations but this won’t help with improving time to market, which is typically in the region of 18 months. Does bringing new virtual and hybrid services to market rapidly require a means of creating services in an agile way?

JP: What has been very interesting is that lots of NFV use cases have not been about improving time to market for introduction of new services. It takes a very long time for CSPs to build services – 18 months is not atypical today – and the resources involved are significant. We’ve been looking at ways to define, test and configure services in a much more agile way.

We have to be able to address how CSPs create services to take the engineering and test effort down significantly so the balance changes and CSPs are able to react to market impacts much more readily. New service introductions won’t be 18 months, it will be a couple of weeks.

The ability virtualisation presents to create new services very rapidly and offer upsell at the drop of the hat is where it gets very exciting. The opex and capex www.amdocs.com savings come almost as a byproduct of the flexibility.