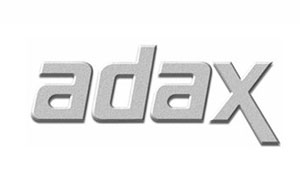 The question that telco operators need to ask themselves, when it comes to virtualisation, is ‘does the solution fit the problem?’ The challenge for operators of all sizes is how to build and develop a virtualised network infrastructure, ensuring there is hardware in place to assist the process. Virtualisation cannot occur without a dedicated hardware architecture in place.

A ‘virtualised network’ implies that it’s all virtualised and hardware is not needed to support the software applications that are running. However, in actual fact, hardware is even more important when it comes to virtualised mobile networks as there are potentially severe security pitfalls that operators can fall into, if they don’t have the requisite dedicated hardware in place.

Hardware-assisted virtualisation allows operators to have greater control of both the type and number of transactions that are being processed through the network, and in particular security and DPI applications require hardware-assist to function optimally in a virtualised context. When it comes to inspecting data packets passing through the network, operators should of course have the necessary software in place, such as Deep Packet Inspection (DPI) software, but this should be supported on boards that are equipped to handle an ever-increasing volume of transactions.

It’s not just the quantity of transactions that operators should be concerned with. The transaction identity is incredibly important to determine whether an individual data packet is harmful or not. IP Security is crucial for securing access to the LTE core, especially when it comes to WiFi access, and if the decision is to virtualise then operators need to have hardware-assisted infrastructure to best support the security and packet processing applications within the network.

How to virtualise entirely depends on the preferences of the operator and its customers as to whether or not this type of network is considered. The major benefit of a virtualised network is that it massively reduces the cost of deploying network infrastructure, so for Mobile Virtual Network Operators (MVNOs) it empowers them to run a network that would previously have been far too expensive to construct. In this sense, virtualisation has had a democratising effect on the network operator landscape, with more and more smaller players entering the marketplace.

Virtualization World identifies virtualisation as: “…the process of combining hardware and software network resources and network functionality into a single, software-based administrative entity, a virtual network.”

A major advantage of Network Function Virtualisation (NFV) is that it allows operators to consolidate hardware and therefore reduce the infrastructure and power costs. While this is an advantage for any application or operating system that is virtualised, the point here is that even though hardware is consolidated; it is still critically important to the network functionality.

As mentioned, with DPI and security software applications, hardware is needed to ensure that the volume of transactions passing through the network are analysed thoroughly. As the volumes of transactions are increasing at exponential rates, the hardware-assisted function comes into its own in the sense that there is added support for the virtualised software.

Operators must assess how they approach virtualisation. We know that it’s a massive draw for the smaller operators, but hardware has to be considered to support the virtualised software in any case. If operators are suffering concurrent network issues, it may seem more attractive to virtualise everything, but operators have to consider the security and packet inspection implications of not using hardware to assist the virtualisation process